Edinburgh Fringe 2018 Round Up | NMP Live

Its that time again - every August, for three weeks, the city of Edinburgh welcomes talent from around the globe for the single biggest celebration of arts and culture on the planet. As the world’s largest arts festival dating back to 1947, Fringe has featured countless talent and has helped establish the careers of many writers and performers including Rowan Atkinson, Eddie Izzard, and Tim Minchin. Fringe is in full swing and this year many of the acts on NMP Live’s roster will be showcasing their talent. We've picked out a selection of some of our favourite, and not-to-be-missed, below. Find out more about the acts, their shows, and where you can catch them. 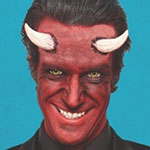 Marcus Brigstocke - Devil May Care
As we divide each other up into more and more unpleasant categories of evil, it's time to establish, once and for all, what is good and what is bad. Marcus Brigstocke, multi award-winning stand-up comedian, returns with a brand-new hour of comedy with a twist. As seen on Argumental, Live at the Apollo, Have I Got News for Youand Mock the Week. For more info on Marcus check out his profile.
When: Aug 10-12, 14-26  Where: Pleasance Courtyard - Pleasance Beyond 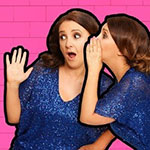 Lucy Porter - Pass It On
As seen on QI, Room 101and Live at the Apollo; always warm, witty and thought-provoking, Lucy Porter is back with her best show yet. She muses on what we receive from our ancestors and what we pass on to future generations. Lucy's inherited dodgy knees and global warming from her parents, but can she leave a better legacy for her children? For more info on Lucy check out her profile.
When: Aug 10-12, 14-19, 21-26   Where: Pleasance Courtyard - Forth 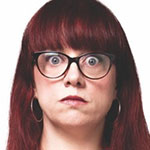 Angela Barnes - Rose Tinted
Gloriously down-to-earth, straight talking and extremely funny, award-winning Angela Barnes (Mock The Week, Alan Davies' As Yet Untitled, Russell Howard's Good News, BBC Radio 4's The News Quiz, host of Newsjack on BBC Radio 4 Extra) sold out Fringe shows in 2014, 2015 and 2017. This year she’s back with her brand-new 2018 show Rose-Tinted: Stand-up and stories that look on the bright side of life. For more info on Angela check out her profile.
When: Aug 10-12, 14-26  Where: Pleasance Courtyard - Beyond 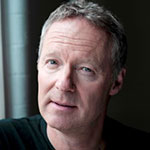 Rory Bremner and Jan Ravens
Rory Bremner, is one of Britain’s sharpest impressionists, with a reputation for accurate mimicry and topical satire. She’s Merkel to his Trump. He’s Boris to her Theresa. Two of Britain’s top impressionists come together on one bill, also featuring personalities from Farage to Lumley, Dianne Abbott to Fiona Bruce and the sublime to Jacob Rees Mogg. A unique mix of impressions and satire from the stars of Bremner, Bird and Fortune and Dead Ringers. For more info on Rory check out his profile. When: Aug 14-19  Where: Underbelly - George Square, Udderbelly 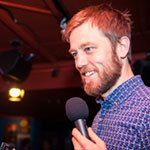 Alun Cochrane - You. Me. Now.
Alun Cochrane has been doing solo stand-up shows at the Edinburgh Fringe since 2004. He has performed at international comedy festivals, pub gigs and comedy clubs and toured. He's a regular on Frank Skinner's radio show and Just a Minute, as well as TV shows and panel games including Room 101, Mock the Week and Have I Got News for You.  For more info on Alun check out his profile.
When: Aug 9-12, 14-26  Where: The Stand Comedy Club - Stand 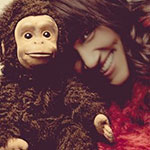 Nina Conti is Monkey
Award-winning ventriloquist Nina Conti turns up with her favourite ingredients to bake the perfect showcake when a radical change occurs: Monkey takes unadulterated control of the whole enterprise. Abandoning all etiquette, Monkey is on the loose in a whole new way. Following the three-year UK sell-out success of In Your Face, this British Comedy Award winner returns with a brand-new show. For more info on Nina check out her profile.
When: Aug 14-27  Where: Underbelly, Bristo Square - McEwan Hall 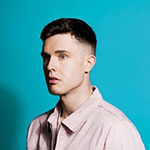 Ed Gamble - Blizzard
After a sell-out national tour in 2017, Ed Gamble is back with another bracing flurry of idiocy. As seen on BBC Two's Mock the Week, Sky's The Russell Howard Hour, Comedy Central's At the Comedy Store and Drunk History, BBC Two's The Apprentice You're Fired, Channel 4's Man Down. For more info on Ed check out his profile.
When: Aug 10-26  Where: Pleasance Courtyard - Pleasance Above 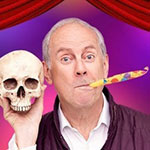 Gyles Brandreth - Break a Leg!
They say all political careers end in tears. In Gyles Brandreth's case it's tears of laughter as the actor, author, ex-MP, One Show reporter and QI, Have I Got News for You and Countdown star returns with his new show celebrating all things theatrical. Without hesitation or repetition (and just a touch of deviation), Fringe award winner, Gyles delivers a dazzling hour of wit, wisdom, high drama, low comedy and hilarious name-dropping.For more info on Gyles check out his profile.
When: Aug 14-26  Where: Pleasance Courtyard - Pleasance One Mark Watson - The Infinite Show
A former Cambridge Footlighter,Mark Watson is a comedian, author, sports pundit and husband. His show, that began as a work-in-progress in Edinburgh last year now makes its official premiere. It's about empathy. Ninety-nine percent of the world's population is made up of other people – why can't we understand them? One of the Fringe's most beloved and thinnest acts offers some suggestions. For more info on Mark check out his profile.
When:Aug 10-23, 26-27  Where:Pleasance Courtyard - Forth 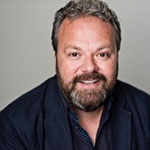 Hal Cruttenden - Chubster
Highly accomplished writer, actor and comedian, Hal Cruttenden is back at Edinburgh with a brand-new show, the title of which, Chubster, was chosen by his charming daughters. As seen on Live at the Apollo, Have I Got News For You, The Apprentice: You’re Fired and The Great British Bake Off: An Extra Slice. For more info on Hal check out his profile.
When:  Aug 9-14, 16-26   Where: Pleasance Courtyard - Pleasance 1 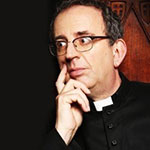 Reverend Richard Coles - Confessions
Former 80s pop star turned priest and Radio 4’s Saturday Live presenter, Reverend Richard Coles graced our television screens last year on Strictly Come Dancing, cooked his way to the semi-final of Celebrity Masterchef 2016 and regularly appears on panel shows such as Have I Got News for You and QI. Making his Edinburgh Fringe debut, Richard has invited an array of special guests to join him in conversation for an intimate hour of candid chat, laughter and perhaps one or two new confessions. For more info on Richard check out his profile. When: Aug 13-27 Where: Pleasance Courtyard - Cabaret Bar 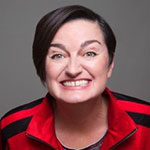 Zoe Lyons - Entry Level Human
As seen on BBC2's Live at the Apollo, Mock the Week , BBC1's Room 101 and regularly heard on BBC Radio 4'sNews Quiz, Just a Minute, The Now Show and plenty more, Zoe Lyons returns to the Fringe with a fresh crop of quick-fire observational gags, delivered with utter conviction. For more info on Zoe check out her profile.
When: Aug 10-26  Where: Gilded Balloon Teviot - Dining Room 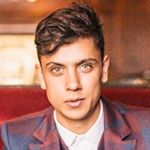 Ben Hart - The Nutshell
West End star and multi award-winning magician Ben Hart returns to Edinburgh with a brand-new show that shines a light on magic, life, the universe and the darkest corners of your imaginations. Ben’s performances have won him numerous awards including The Magic Circle’s "Young Magician of the Year” award 2007 and their highest award attainable as a “Member of the Inner Magic Circle with Gold Star”. For more info on Ben check out his profile.
When: Aug 9-12, 14-27  Where: Gilded Balloon Teviot - Dining Room 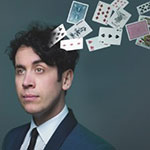 Pete Firman - Marvels
'The UK's leading comedy magician' (Time Out), Pete Firman, returns to the Fringe with an astonishing new show. As seen on ITV1's Tonight at the London Palladium, The Next Great Magician, BBC One's The John Bishop Show and The Sarah Millican Television Programme. Expect Pete's trademark blend of laugh-out-loud comedy and jaw-dropping magic. For more info on Pete check out his profile.
When: Aug 9- 26  Where: Pleasance Courtyard - Pleasance Beyond 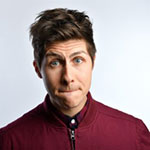 Ben Hanlin - 50
Magician and star of ITV2’s Tricked, Ben Hanlin returns to Edinburgh with his brand-new show. Ben has searched the globe and the history books to find the 50 best magic tricks ever performed. He's added his own cheeky spin and presents them in this fast-paced magic show! For more info on Ben check out his profile.
When:  Aug 10-12, 14-27  Where: Pleasance Dome - King Dome