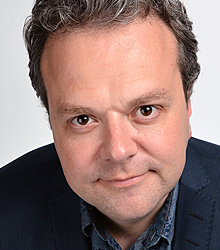 Hal Cruttenden is one of the top comedians working in the UK today, as well as being a highly accomplished writer, presenter and actor.

Hal presents a comedy rugby podcast with Dan Skinner called ‘Rugby Jubbly’, as well as hosting a new streaming show for Saracens Rugby Club, every Friday and Saturday called ‘The Huddle’. He’s also one of the most experienced and in demand hosts for corporate events in the country.

He’s toured extensively in the UK and Ireland over the last 8 years, he has also taken shows to the Montreal, Melbourne, and New Zealand comedy festivals and he’s recorded three stand up specials for Next Up -‘Tough Luvvie’, ‘Straight Outta Cruttenden’ and ‘Chubster’.

Hal wrote and starred in his own sitcom, ‘Hal’ on Radio 4, as an actor he trained at the Central School of Speech and Drama, he has appeared in ‘Shackleton’; ‘Eastenders’; ‘Touching Evil’, ‘Bramwell’, ‘Mrs Dalloway‘, ‘Brexit’, ‘Making News’ and ‘Orwell A Celebration’.

I just wanted to let you know that Hal went down a storm. Everyone loved him and I have had no negative feedback whatsoever. In fact, most people said that it was one of the best comedians we have had over the years. He hit just the right note.

He went down an absolute storm, they really loved him and we had so many positive comments last night. He handled them perfectly, they can be quite a rowdy bunch but he kept them really engaged which was fantastic! It’s always lovely working with Hal, he’s a great guy.

It all went very well. Hal was great, the stand-up was very funny, and he interacted well with the audience. The awards went well too. He was also very pleasant and easy to deal with.

Hal was a great speaker, very professional, very well received and was a pleasure to work with. He made the awards ceremony, which can be boring, entertaining and light hearted, but also kept the feeling that we are there to celebrate companies hard work.

Short answer – he was hilarious!!! Had a great rapport with the audience and the sponsors as they came up to present, chatted away to winners when they collected their award, and really went down well with everyone. Nothing but positive feedback from all guests, and he was a nice guy as well so good from an organiser point of view too.

I wanted to that to say Hal was wonderful - on stage and off. He was very happy to mix in and was very relaxed which is very important to us. Please thank him for us for being such a lovely guy.

Hal was absolutely fantastic and he went down a storm with the guests. Such a lovely man who was a pleasure to have met.

Hal was very professional before the event as well as helpful and co-operative on the night. His performance was very funny and had just the right level of tailored material for what was quite a select audience - thank you!

Clients often ask about purchasing books for giveaways and delegate packs. Below you’ll find a selection of products by Hal Cruttenden. Click the images to view on Amazon's website. For bulk orders, please speak with your Booking Agent.

How to book Hal Cruttenden for your event