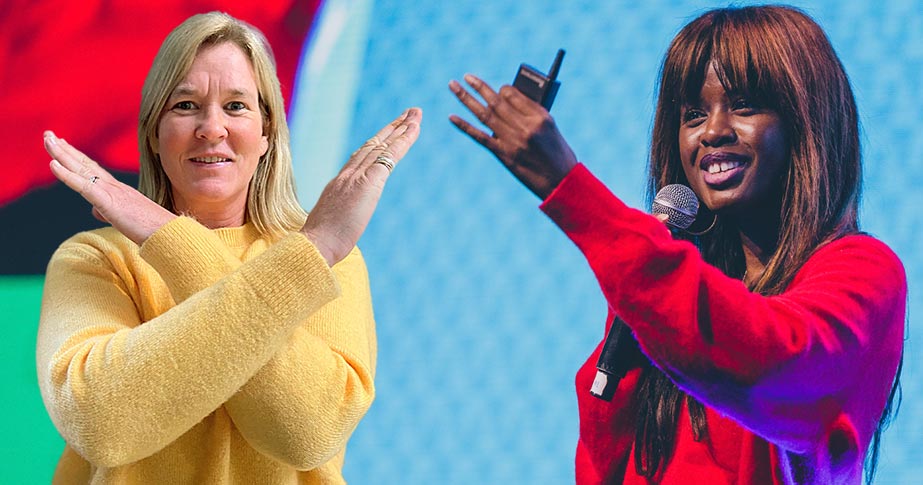 In the past year, Sarah Gilbert led crucial research to design the Oxford/AstraZeneca vaccine genetic code.

The world watched in awe as 18-year-old Emma Raducanu made tennis history and won the US Open.

We saw the first woman in history, Kamala Harris, sworn in as the Vice President of the United States.

Chloé Zhao and Emerald Fennell were nominated for best director at the Oscars, marking the first time two women have been nominated at the same time.

And Ngozi Okonjo-Iweala became the first woman and first African to lead the World Trade Organization since it was founded in 1995.

These pioneering women made history with their achievements. They refused to allow gender stereotypes, discrimination and bias to define what they could accomplish and they truly embody the theme for this year’s International Women’s Day, #BreakTheBias.

This March 8th, International Women’s Day is a celebration and acknowledgment to honour women around the world for their contributions and achievements. It’s aimed at creating ‘a world free of bias, stereotypes, and discrimination. A world that is diverse, equitable, and inclusive. A world where difference is valued and celebrated.’

At NMP Live we have the privilege to represent some of the nation’s most trailblazing women. Here we profile a small selection, from a former Royal Air Force fast jet pilot, to a headline-grabbing professional footballer, to one of the world’s foremost gender equality campaigners. These women have experienced adversity, navigated their way through male-dominated careers and truly understand what it is to #BreakTheBias.

With their captivating career stories, experiences of embracing their mistakes and the bravery they displayed in the face of adversity, our selection of speakers are ideal to promote positive conversations to celebrate International Women’s Day 2022. 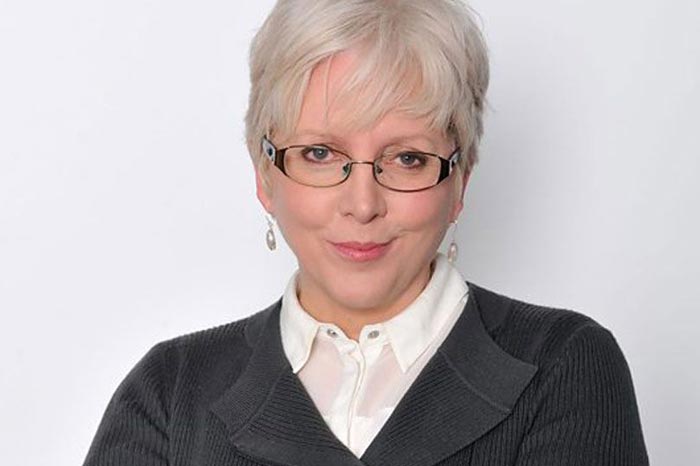 A BBC journalist for more than three decades and a China watcher for even longer, Carrie Gracie is a woman dedicated to her craft. For more than a decade, Carrie served as a senior anchor on the BBC News and chaired the weekly BBC World Service programme, The Interview. During these years, Carrie covered every major national and international news story including 9/11, the Iraq war, 7/11 as well as the MPs expenses scandal.

By 2013 it was clear that China’s rise was one of the biggest stories of our time, the BBC created a new role as China Editor and appointed Carrie to the post, a post she cites as the greatest privilege of her professional life.

However, in January 2018, Carrie resigned the post in protest at pay inequalities, she published an open letter to BBC audiences and later appeared before a parliamentary committee. After a yearlong struggle she won a public apology from the BBC as well as back-pay. Carrie went on to donate the full sum to gender equality charity, the Fawcett Society, which helps fund legal advice for low paid women facing pay discrimination.

Throughout this public dispute and driven to help change the workplace culture at the BBC, Carrie continued serving as a senior presenter on the BBC News Channel. She also worked with the campaigning group BBC Women. In Autumn 2020 Carrie left the BBC feeling her campaigning work there was complete, and that “after 33 years, time to do something new.”

With Carrie Gracie’s wealth of experience, she is an adaptable speaker and presenter as well as authority on a range of subjects including diversity and inclusion, equal pay and modern China. 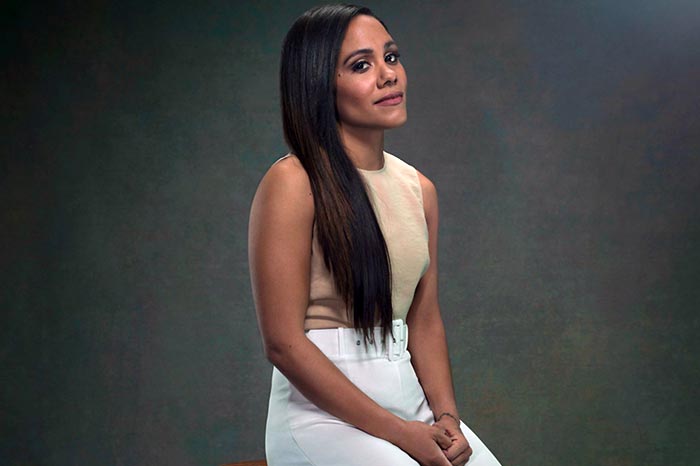 Regarded as one of Great Britain’s most versatile players, the former Arsenal Captain and England Centurion signed for Arsenal aged just eight. Throughout her career she helped the club achieve a domestic double of the FA Women’s Cup and the FA Women’s Premier League. In 2012, Alex Scott also represented Great Britain in the Summer Olympics.

Following her retirement in 2018, Alex begun her successful broadcasting career and quickly became established for her sharp punditry skills and insights into the game. Alex made history as the first female Sky Pundit on a Sky Sports’ Super Sunday and went on to become the first female to commentate for the BBC for a Men’s World Cup.

By May 2021, Alex was named the first ever female lead host on BBC’s Football Focus.

In July 2021, during the coverage of the Tokyo Olympics, Alex made the headlines when she faced criticism from former Minister of State for Trade and Investment, Lord Digby Jones over her punditry for the BBC at the Olympics. Jones criticised Scott for a “very noticeable inability to pronounce her ‘g’s at the end of a word.” Scott replied “I’m from a working class family in East London, Poplar, Tower Hamlets & I am PROUD. Proud of the young girl who overcame obstacles, and proud of my accent!” She added: “Never allow judgements on your class, accent, or appearance hold you back.”

A force to be reckoned with, Alex continues to make waves as one of the most sought-after presenters and pundits. Drawing on her experiences as a professional footballer as well as a successful broadcasting career, Alex Scott is well versed in the importance of teamwork, experiences of diversity and inclusion as well as navigating roles in a male dominated workplace. 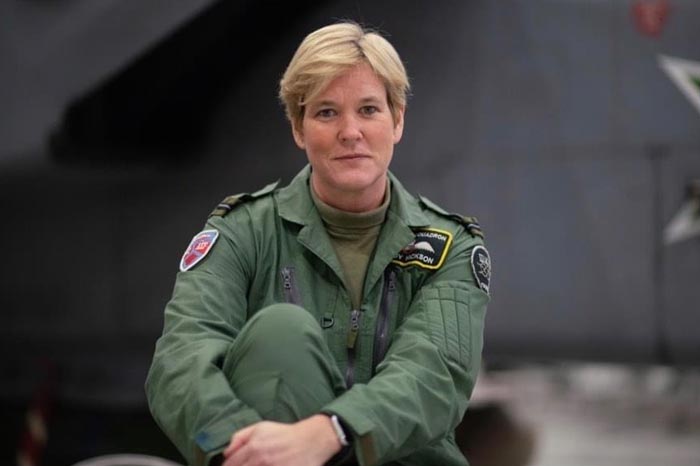 Finding a love of flying early in life, Mandy Hickson fought hard to achieve her ambition to become a Royal Air Force pilot.

Despite her skill in the skies, Mandy twice failed the computer-based aptitude tests, taken by all potential RAF pilots (and the maximum number of tests allowed). Undeterred, her self-belief and determination persuaded the RAF to take her on as a test case.

Mandy went on to gain over thirty years of experience within aviation as well as complete three tours of duty and a total of 45 missions over Iraq. During her career she became only the second woman (and one of only three to date), to fly the multi-million-pound Tornado G24 jet on the front line, as well as being the only female aircrew during her time with the RAF.

With a career steeped in high pressured situations, from being under fire to leading combat missions, Mandy draws on her experiences to train and inspire others. In a position where strategic planning, briefing and quick decision making were paramount, the parallels of an RAF pilot to business are tangible.

Our exclusive interview with Mandy Hickson is available to watch below or you can read the full transcript here. 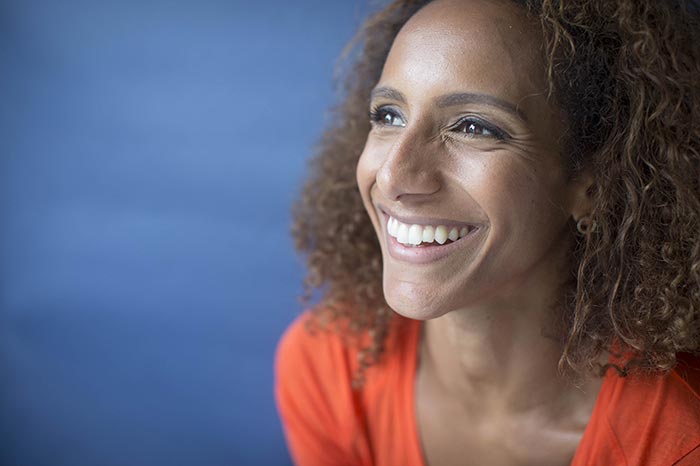 Raised in Wimbledon, Afua Hirsch cites her privileged, hillside enclave upbringing as a testing ground for her observations about the race divisions in modern Britain. Observations which would later influence her entire career path.

Afua qualified as a barrister in 2006, and trained at Doughty Street Chambers. A chamber which has pioneered advocacy and jurisprudence on human rights in England and Wales, as well as around the world. Here she practiced human rights law in criminal defence, public and international law before realising she wanted to communicate these struggles to a wider audience. And so, turned her focus to journalism.

After years working as a legal correspondent for the Guardian newspaper as well as time spent in Ghana as the West Africa correspondent she returned to the UK and begun her broadcasting career. Afua has previously been a regular contributor to Sky News debate show, The Pledge as well as participated in current affairs programmes including C4 News, BBC2 Newsnight, BBC1 Question Time and CNN. Afua also writes feature length articles for publications including Time magazine, Vogue, the Sunday Times and the Observer.

Following a lifelong quest to grapple with questions of race, class, and gender, Afua wrote her book Brit(ish): On Race, Identity and Belonging, which was published in 2017. The book went on to be a Times Bestseller and won the Royal Society of Literature Jerwood Prize. 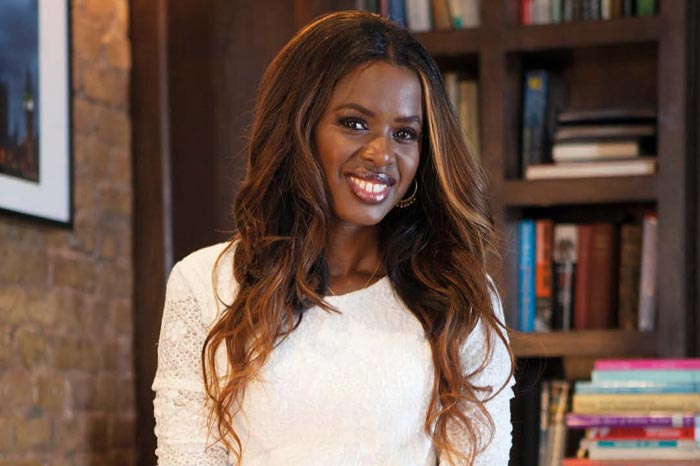 With a career spanning more than two decades in media and entertainment, June Sarpong is an internationally renowned broadcaster, writer and campaigner on diversity issues. She is also a published author with books covering themes on feminism, inclusion, gender equality and the power of privilege.

She has hosted some of the largest and most challenging live audiences, from Make Poverty History in London’s Trafalgar Square to Nelson Mandela’s 90th Birthday celebrations in front of 30,000 in Hyde Park.

In 2010, June co-founded the global WIE Network (Women: Inspiration & Enterprise), one of the earliest modern women’s conferences, created in an effort to bring together a wide array of voices around critical topics. In 2021 this became The WIE Suite, created to expand capabilities and ambitions, to bring even more women together to help change the future of business for generations to come.

In 2019, June made history when she became the BBC’s first ever Director of Creative Diversity, responsible for improving the BBC’s on-air talent portrayal and commissioning, developing strategies to support both on-air and production talent representation and portrayal across the BBC and its partners.

Having built a reputation as a leading campaigner it’s no wonder she has become an authority on a range of diversity and inclusion issues. As a passionate advocate for change in the workplace and greater representation worldwide, June Sarpong is a compelling speaker on equality, unconscious bias and discrimination. 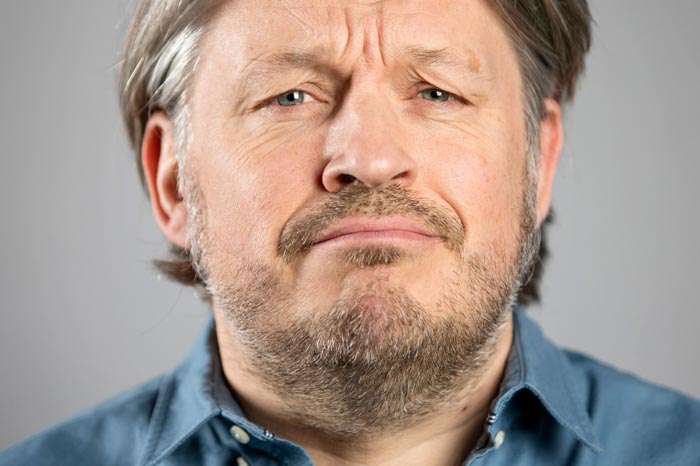 Comedian, actor and playwright Richard Herring has a busier International Women’s Day than most dealing with the aforementioned question.

For the last few years Richard has spent the day on Twitter responding to each individual tweet he can find correcting people that International Men’s Day does exist and can be celebrated every year on November 19th.

Herring also runs a GoFundMe campaign on the day calling for people to donate in order to raise funds for domestic violence charity, Refuge. In previous years Richard Herring has raised £150,000 in a day.

At NMP Live we are passionate and committed to helping #BreakTheBias this International Women’s Day and beyond. To find out more about our speakers please enquire online, email us or pick up the phone and speak to one of our booking agents.

For our full range of International Women’s Day speakers you can view more profiles by clicking here.