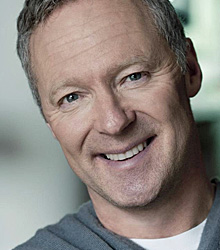 Rory Bremner is quite possibly the best known and sharpest of Britain's impressionists, with a reputation for accurate mimicry and topical satire.

As a mimic, his repertoire extends to over 100 personalities; he’s provided definitive impersonations of Prime Ministers and Presidents from Major to Mandela, Blair to Brown, Clinton to Cameron and Bush to Trump.

Rory's unique brand of comedy and satire has sustained a highly successful career in radio and television for over a quarter of a century. Nowadays, he's equally in demand as a columnist for newspapers and magazines or as a documentary presenter.

Born in Edinburgh on 6th April 1961, Rory Bremner resents having to share a birthday with the late Paul Daniels and Ian Paisley! He wad educated at Clifton Hall, Wellington College and King's College, London, where he was made a Fellow in 2006. He is an Honorary Fellow of Queen Mary College.

Rory started acting in revues and cabarets while at University in London, where he gained a good honours degree in French, German and imitating lecturers. He still speaks both languages - French adequately, German slightly — better than Nicholas Ridley. He has a Russian 'O' Level and speaks enough of the language to impress you for 90 seconds (unless you’re actually Russian).

Prior to that, Rory Bremner had seven series on the BBC, from 1986 to 1992, winning the Special Award at the Golden Rose of Montreux in 1987. Over the last two decades, Rory's appeared in many of the top TV comedy shows, from Spitting Image and Whose Line is it Anyway to Have I Got News For You, Mock the Week, and QI. He's appeared more than any other guest on Parkinson and Wogan.

He is a frequent guest on The Andrew Marr Show (BBC1) where he provides a satirical review of current political events through his many characters. In 2009 he retraced his family history for Who Do You Think You Are (BBC 1).

In addition to his many comedy appearances Rory has also translated three operas (Carmen, Der Silbersee and Orpheus in The Underworld) and a Brecht play (A Respectable Wedding, for the Young Vic). He is a regular contributor to The Times, The Telegraph, The New Statesman and Radio Times, for whom he has interviewed Michael Parkinson and the late Sir David Frost.

Between his own TV shows, Rory co-wrote and presented two satirical Radio 4 series, toured the country recording Rory Bremner’s Great British Views for ITV, hosted the quiz-show Face the Clock for C4 and competed on Strictly Come Dancing in 2011, partnering Erin Boag. Has also presented numerous documentaries and co-hosted The One Show.

Married to the artist Tessa Campbell Fraser, with two daughters, he divides his time (badly) between London, Wiltshire and his family home in the Scottish Borders.

Rory Bremner was wonderful. A difficult audience, being multi-national, Rory made the most of his time on stage. A wonderful service.

Rory, thank you for the splendid job you did of hosting our Annual Lunch & Awards last Friday. The tone struck was absolutely perfect for our audience and your management of a crowd of over 800 people first class. The feedback received to date has been excellent, further strengthening the event's standing as a must-attend for our industry and raising the bar for future years.

Can you pass on my (and everyone at PFI's) thanks to Rory Bremner please? We all thought he was spot-on – not just with the jokes/impressions but also with the way he controlled the audience in what could easily have been a very boring presentation. Clearly he puts great effort into these things, which is much appreciated, and there was not one negative comment about him. It was nice that he had time for us all too. Nice bloke. Definite contender for the IFR Awards next year.

Rory Bremner was an excellent speaker and I have received many complimentary comments about our choice of speaker for this year's event…He was certainly very entertaining and raised many laughs. He also took time to speak to a number of the guests…

Rory starred in our end-of-year festive event, which was live-streamed to our colleagues across the world. He was incredibly well-received, in no small part down to his attention to detail and research about us he had carried out prior to the event. On the day, those across the company who got a ‘name check’ were really chuffed, his bespoke 12 Days of Christmas went down a treat and the energy he brought to the occasion was incredible. With colleagues spread across 24 countries we thought we would struggle to find someone who would appeal to all – but Rory, with his wide range of impressions, managed to tick this box! We were delighted with the experience and wouldn’t hesitate to recommend him.

Clients often ask about purchasing books for giveaways and delegate packs. Below you’ll find a selection of products by Rory Bremner. Click the images to view on Amazon's website. For bulk orders, please speak with your Booking Agent.

How to book Rory Bremner for your event