Watching season 13 of Britain's Got Talent over the last eight weeks, it's definitely been lucky for some. Especially sleight-of-hand artist Ben Hart and mentalist Marc Spelmann, who finished third and second respectively, and a host of other magicians that took part.

Fans of the perennial show couldn't fail to observe the significant increase in magic acts taking part this year, with staunch ideals of achieving fame and career advancement, plus that coveted appearance on The Royal Variety Performance. 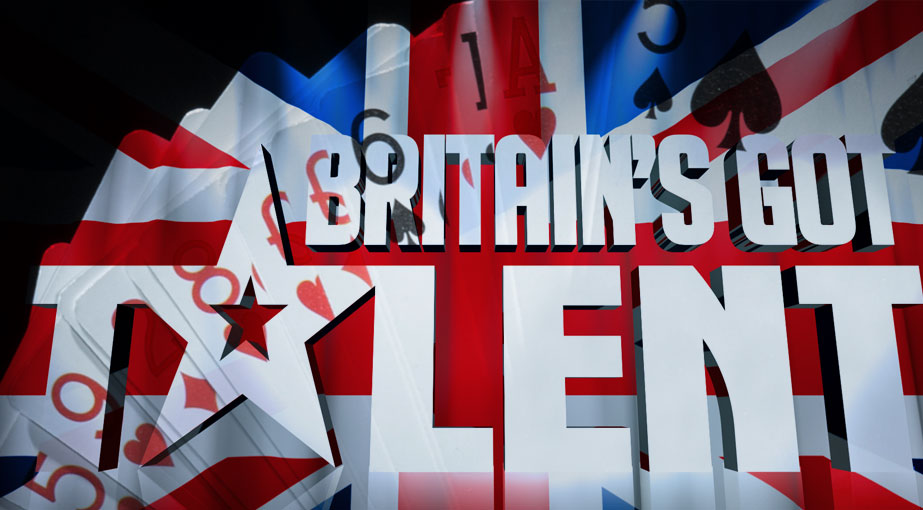 However, young contemporary magicians such as Ben Hart appearing on BGT is a far cry from less than a decade ago, when it would have been considered career-suicide for any professional magician to contemplate auditioning for the global talent show. Not least because of Simon Cowell's well-known dislike for any type of performance magic. That is, until recently.

The quality and look of magic acts have unquestionably improved ten-fold over the years. So when super-cool Canadian illusionist from Winnipeg, Darcy Oake, took to the stage in 2014 with striking good looks and effortless charm, he dispelled the myth that magicians were like nerdy anorak-wearing train-spotters, with only a pack of dog-eared playing cards for companionship.

Women melted at his feet and guys wanted to be like him. Without a top hat and tails in sight, Darcy strutted his stuff as if he'd just walked off the set of a Gap commercial; producing live doves from thin air, wearing nothing more showbiz than jeans, T-shirt and a leather jacket.

Simon Cowell said of him at the time, "without question the best magician ever on Britain's Got Talent".

Oake's performance in the final was called 'Time of the Essence', where he was hung upside down within an open human bear trap and wearing a straight-jacket. He managed to escape in 52 seconds, right before the trap slammed shut, which would have killed him. He finished the show in 5th place.

This contemporary and fresh approach to the age-old art form was an unmitigated crowd-pleaser. It broke the curse of magic-hating Cowell and paved the way for other forward-thinking magicians to take part in the world's most successful talent show.

The following year, Jamie Raven was the first close-up magician to reach the grand finale and finished 2nd in the competition, runner-up only to a performing dog. Then, like buses, in 2016 the trio of finalists was completed when Richard Jones, a Lance Corporal serving in the British Army, became the first-ever magician to win the competition.

Performing an emotional military-themed magic trick, Richard moved many in the studio audience to tears as he used a series of card tricks to tell the story of Britain's oldest magician, Fergus Anckorn – who became known as ‘the conjuror of the River Kwai’ – and how he kept himself and other prisoners alive in a Japanese prisoner of war camp, by using his magic skills to perform for their captors in 1942.

Richard then brought the 97-year-old war legend out onto the Britain's Got Talent stage and introduced him to the judges - earning him and Mr Anckorn a standing ovation. A far cry from the cliche magic trick, 'pick a card, any card'.

Magic on Britain's Got Talent was ramped up even further in 2018, when mind reader and self-titled 'mystery artist' Marc Spelmann caused a global viral sensation after he auditioned for the show. He combines the secrets and principles of a magician, the influence and deductive techniques of a mind reader, and the showmanship of a grand illusionist to create astonishing demonstrations of the improbable and impossible.

Marc's incredibly moving performance, which involved his wife and daughter Isabella, has been watched over 100 million times and received a standing ovation from the entire audience, including the celebrity judges. He moved Ant to tears, and as a result, won Ant and Dec's golden buzzer.

Magicians and illusionists have now become more popular than ever — it's official — and they are dominating interest in the talent show format. Where it was once the near-exclusive domain of singers and street dance groups, Britain's Got Talent 2019 has featured more tricks than a Dynamo magic set.

Almost half the series' eleven grand finale contestants include magic in their act, including police dog-handler duo Dave & Finn, teenage magic quartet 4MG, escape artist Jonathan Goodwin, mentalist 'X' who conducted all their performances under a veil of anonymity, and Ben Hart.

In a shock revelation, during the grand final performance, anonymous mindreader 'X' revealed himself as none-other-than last year's semi-finalist, Marc Spelmann. Having finished his mindblowing performance, and with the audience on the edge of their seats, X played a video that he promised would "explain everything".

In the video, he connected last year's performances about his wife and daughter, with this year's running theme throughout all 3 performances of "hope", and showed how the two had been intrinsically linked the entire time. X then removed his mask and revealed himself as Marc to the open-mouthed celebrity judges, Ant & Dec — who gave Marc his Golden Buzzer last year — and the entire gobsmacked audience.

Whilst public interest is always going to be vested in the current or most recent season of a TV show, many of Britain's Got Talent's previous semi-finalists are still active on the performance circuit, entertaining at corporate dinners, private parties and the plethora of festivals and other public events around the UK.

By contrast, 2016 was considerably lacking talent from the magic pool, but it certainly made up for the lack of quantity with quality, when soldier Richard Jones stole the BGT crown. And not far behind him, that same year was comedy magician Christian Lee, eliminated during the semi-final public votes round.

Jamie Raven was the only memorable magic act to feature in season 9 (2015) when he was also the runner up, but commercially he's been one of the show's most successful.

2014 was the game-changing year that saw Canadian illusionist Darcy Oake as the only magician ever to progress to the grand finale.

Prior to those years and you have to dig a bit deeper to find magicians taking part in Britain's Got Talent, as they were sparse, to say the least. Illusionists Stevie Pink and James More reached the semi-finals in 2013, whilst card magicians Brynolf & Ljung appeared in 2012, which followed a performance by professional illusionist duo David Penn and Karen in 2011. Nothing, however, like the abundance of acts appearing in 2019.

Looking ahead to next year, watch this space in 2020 BGT fans, the auditions have already begun, as has the magic revolution!