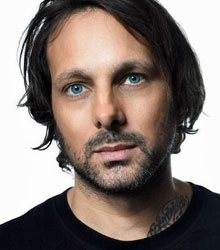 Book Dynamo
add to shortlist
About

Dynamo has redefined the shape of modern magic for the millennial generation.

He is the world’s most talked about magician and his no frills, street style magic, has become a global phenomenon. He's turned the world of magic on it's head, amazing people across the planet from the streets of Harlem to the Cannes Film Festival.

He has helped redefine the genre, inspiring countless young magicians with his blend of visual magic, card dexterity and ability to astound the most sceptical of audiences.

Since it's inception in 2011, Dynamo’s hit TV series Dynamo: Magician Impossible became a huge international hit, enthralling over 250 million viewers across 193 territories. The show was awarded TV Show of the Year at the 2013 Virgin Media Awards as well as Best Entertainment Programme at the 2013 Broadcast Awards and gained a hat-trick of BAFTA nominations, with three subsequent nominations for Best Entertainment Show.

Meanwhile, Dynamo remains the first magician in history to headline world famous arenas such as the O2 in London (3 nights), Manchester’s MEN arena and the Rod Laver arena in Sydney. His critically acclaimed live tour Seeing is Believing erupted from a 10-date run into a 3-year-long behemoth, selling over 750,000+ tickets and filling arenas across the UK, South Africa, Australia & New Zealand.

This, coupled with numerous high profile brand deals (including Fiat and Pepsi) a Sunday Times best selling autobiography and a plethora of merchandise products, have also made him one of the most bankable magicians in the world. Dynamo was included in Forbes list of The World’s Highest-Paid Magicians in both 2016 and 2017, cementing his status as one of the most prolific magicians of all time.

But it’s Dynamo's contribution to magic that is his most compelling achievement to date. A recipient of the 'Magician of The Year' award from the Academy of Magical Arts (often referred to as the 'Oscars of Magic'), he has redefined the shape of modern magic for the millennial generation. Much like David Blaine in the late 90s and David Copperfield in the 1980s.

The autobiographical nature of his shows coupled with incredible close up magic and a Banksy-esque approach to large scale illusion (the big stunts are never pre-publicised) have allowed him to connect with young people and reenergise the genre in a way not seen for a generation.

With over 8.2 million fans across social media and over a billion online views laying testament to this impact, he has quickly secured himself as the most followed magician in the world. He has shared his insights at the Cannes Lions festival, Ad week and alongside Facebook's European VP Nicola Mendelsohn.

It is this impact that has helped Dynamo transcend the world of magic to become a bonafide pop culture icon with giants from the worlds of music, film and sport enthralled by his performances. Brad Pitt made a surprise visit to watch his live show with his kids as did fashion icon Kate Moss and artist Damien Hirst. Will Smith called Dynamo's performance "Absolutely astonishing" and Cristiano Ronaldo and Jay-Z have both hired him to perform at private functions.

But despite his undeniable success and ever expanding trophy cabinet, Dynamo remains a humble student of the magical arts, spending most of his time in isolation, honing the skills and ideas necessary to amaze and enthral his audiences. "I honestly believe people need magic in their lives as it brings a sense of hope and wonder that is often lost in the day to day" he said in a recent interview.

Dynamo was promoted to Associate of the Inner Magic Circle with Silver Star (for performance) by the world-renowned Magic Circle in 2012, the same year that Dynamo: Magician Impossible won the award for Best Entertainment Programme at the Broadcast Awards.

He was awarded an honorary degree from Bradford University in 2013, for his commitment to Bradford, improving opportunities for young people and his charity work. Also in 2013, he receive the Grolla d’Oro award at the Masters of Magic Convention in Turin.

In 2015, Dynamo was named AMA Magician of the Year award at The Academy of Magical Arts 48th Annual Awards Show and he was given a Fellowship to the Academy by its Board of Trustees. Dynamo was also awarded The Magic Circle's Maskelyne Award in 2016, which is awarded exclusively for services ‘above-an-beyond’ to British magic.

Dynamo is one of the biggest and most in-demand names in magic, globally — along with David Copperfield, Penn & Teller and Derren Brown — and the ideal WOW factor for your next event, whether that’s an exclusive private party or a grand corporate event.

Booking Dynamo For Close Up Magic
Close-up magic is perfect for small and intimate events up to 250 guests — and Dynamo’s even been booked to perform at a private dinner for just two people.

Similar to his award-winning television shows, when appearing at corporate events and private parties Dynamo’s style is to perform intimate close-up magic, right before your eyes. He will walk amongst your guests and perform to groups as they gather around. There is nothing that will create quite the same buzz as witnessing jaw-dropping magic performed up close and personal, by the world’s most talked-about magician.

Dynamo’s performance style is perfect for a drinks or canapés reception and, audience numbers permitting, can be performed at any function where guests are standing and mingling around. Depending on the format of the event and number of guests, Dynamo will typically perform between 60 and 90 minutes of close-up magic at your party.

Booking Dynamo’s Stage Show
If you’re planning a large scale event and expecting a lot of guests then Dynamo performing walk-around magic may not be suitable, or you may simply want to WOW your audience with the impact of Dynamo’s live stage show. The duration of this is up to 30 minutes and ideally suited to a multitude of venues and stages.

Dynamo live on stage is a bespoke show featuring routines taken from his world arena tours but designed specifically for corporate and private events. You’ll need to provide a full stage set-up with a professional sound and lighting appropriate to the room, raised staging with backstage area and wing space.

Call your NMP Live booking agent to discuss the possibility of Hiring Dynamo to perform on stage at your next event.

The greatest magic I've ever seen.

The night was fantastic, really well received by everybody here at MML... the Dynamo performance worked with him mingling as it created an atmosphere in amongst everybody.

Clients often ask about purchasing books for giveaways and delegate packs. Below you’ll find a selection of products by Dynamo. Click the images to view on Amazon's website. For bulk orders, please speak with your Booking Agent.

How to book Dynamo for your event