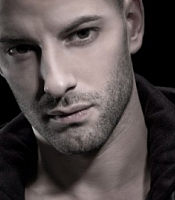 Over 200 million viewers tuned in to Britain's Got Talent to witness the birth of a phenomenon: the unveiling of an electrifying new illusionist, Darcy Oake. From sleight of hand to death-defying escapades, this master magician grabbed the world's attention, ushering in an exciting new era of an age-old art form.

This young illusionist from Winnipeg, Canada is not your typical magician. Adding his own style and flare, Darcy is a performance artist whose modern interpretation gratifies the hunger of audiences seeking spectacle and nail-biting feats of illusion. Inspired by classic sleight of hand techniques, Darcy Oake transports the crowd to another dimension with exhilarating visuals and logic-defying exploits.

During his live performances, you are promised three things: to see things you've never seen before, to see things you will never see again, and things you have to see to believe. Performing the most difficult type of magic – sleight of hand – Darcy Oake shows a true demonstration of the craft. With an ability to make people materialise and disappear, predict people's thoughts, and make borrowed objects vanish only to reappear in impossible locations, Darcy's performances leave audiences awe-struck.

Getting his start in magic at a very young age, Darcy Oake was inspired to learn the tricks of the trade after being baffled by an accidental card trick his father - award-winning Canadian sportscaster Scott Oake – showed him at eight years old, Darcy delved into the craft. He soon became an international magic champion, at age sixteen beating out seasoned professionals at various events and winning the coveted People's Choice Gold Medal in Seattle, Washington. Even before he was legally old enough to enter nightclubs, Darcy headlined at the world famous Magic Castle in Hollywood, California.

Today, Darcy proudly carries on the tradition of such classic illusionists as his fellow Canadian Doug Henning, while adding his trademark grandeur and charm. Darcy Oake has emerged in the world of illusion as a new generation of contemporary mysticism. He's performed throughout Europe, from Paris to London, and across North America, from the heart of Times Square in New York City to the Las Vegas strip.

As a sought-after illusionist, with his recent global popularity, Darcy Oake is ready to embark on the world.

For corporate and private bookings Darcy Oake offers two live shows; a standard 20-25 minute show featuring a couple of his stunning visual illusions and the now-famous dove routine as seen on BGT... or a bespoke production with up to eight illusions (budget and stage dimensions permitting).

The information below gives an overview of Darcy’s full theatrical performance, but please call your preferred agent in the NMP Live office to discuss your event, budget and requirements.

In Darcy’s full scale hi-spec production show you will not only witness people materialise and disappear, but a few lucky participates are even asked to join Darcy Oake on stage and assist in the illusions. Borrowed objects will vanish only to reappear in impossible locations.

Up close and personal effects are also presented with the use of a live camera feed and projector. Darcy displays the most difficult type of magic, sleight of hand, a true demonstration of the craft. Darcy will also enter the minds of selected audience members and predict their thoughts in a mind numbing effect that is performed by no other magician on the planet.

Subject to available performing space and an appropriate venue, spectators can also experience Darcy Oake literally risk his life in a show stopping race-against-time finale, where Darcy is restrained in a regulation straight jacket, suspended by his feet, and lifted 20 feet in the air. Above him hangs a human bear trap which is held open by a single rope. The rope is set on fire and Darcy has 60 seconds to escape before the rope burns through and he is crushed!

Darcy Oake’s live show is a modern day theatrical experience combining never-before-seen illusions with the production values of a rock concert. The audience is left mesmerised as Darcy takes the stage and creates a truly unique and one-of-a-kind experience.

We recently worked with Darcy Oake for our live global sales kick off event in Las Vegas. We integrated Darcy's act into the flow of our EMEAR session, which was based around a theme of magic, making the impossible possible, believing and being bold. Darcy showcased a number of amazing illusions for an audience of around 4,200 to amplify our message and provide an engaging experience during a two-hour session. From the initial briefing call, through to the rehearsal and the event itself, Darcy and his team were all very professional and a pleasure to work with. They were very flexible, calm and creative and he also engaged really well with our culturally diverse audience. We would not hesitate to recommend Darcy to other organisations, and may well 'conjure up' further ideas to work with this professional act again.

How to book Darcy Oake for your event