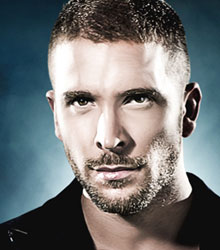 James More's reputation on the world magic scene has been growing rapidly since the illusionist took first prize in the national finals at the legendary Magic Circle, for their 'Youth Initiative Stage Competition'. His modern approach to magic, involving fast-paced, high-risk illusions, combined with his good looks and charisma, have been witnessed by millions of people around the world.

Some years later, following a number of awards in magical entertainment and celebrity bookings, James moved to London and struck a deal with one of the world's leading cruise ship entertainment agencies. The opportunity arose for the young illusionist to perform to four thousand people every night on the world's most prestigious liners. He travelled the globe with his show working for major companies such as Royal Caribbean and Crystal Cruises.

Continuing this success James More was asked to perform on international television. He appeared in over sixty countries on Europe's premier variety television show, 'Le Plus Grand Cabaret du Monde'. At twenty-two, he returned to Britain and appeared on ITV's prime-time entertainment extravaganza 'Penn & Teller: Fool Us'. Where he performed to Penn & Teller and Jonathan Ross on his ITV debut in 2011. Due to the success of this show it was later made into a series.

In 2012 James was signed to the Producers of the 'Dynamo' TV series and performed on the closing show at the World Championships of Magic.

Unlike the magic you’ll often see on TV, James More prides himself on being the guy that can actually ‘do it live’. No camera tricks or special edits- what you see is what you get. He takes the art of illusion to new heights, with a performance that promises to keep you on the edge of your seat.

How to book James More for your event