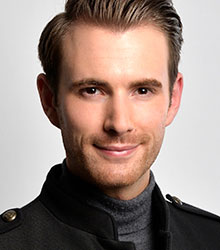 Richard Jones is a soldier-turned-magician who thundered to victory after beating back the eleven other finalists in Britain's Got Talent 2016. In the tenth anniversary series, Richard became the first ever magician to win the competition, following both Jamie Raven and Darcy Oake reaching the finals in previous years.

Performing an emotional military themed magic trick, Richard moved many in the studio audience to tears as he used a series of card tricks to tell the story of Britain's oldest magician, Fergus Anckorn – who became known as ‘the conjuror of the River Kwai’ – and how he kept himself and other prisoners alive in a Japanese prisoner of war camp, by using his magic skills to perform for their captors in 1942. Richard then brought the 97-year-old war legend out onto the Britain's Got Talent stage and introduced him to the judges - earning him and Mr Anckorn a standing ovation.

In addition to being a sought-after close-up magician, Richard Jones also presents a full stand up comedy magic show tailored in length to your event.

I believe you really are magic. You are truly gifted!

On behalf of everyone I just wanted to say thank you so much for yesterday! You were amazing and everyone was just stunned by your performance. Was wonderful and so fun to have you join in on our event! A huge thank you to you :) I still can't believe what happened... I'm still amazed!

Wow... I have no idea how you did that! You are probably the BEST magician I've ever seen!!!

How to book Richard Jones for your event