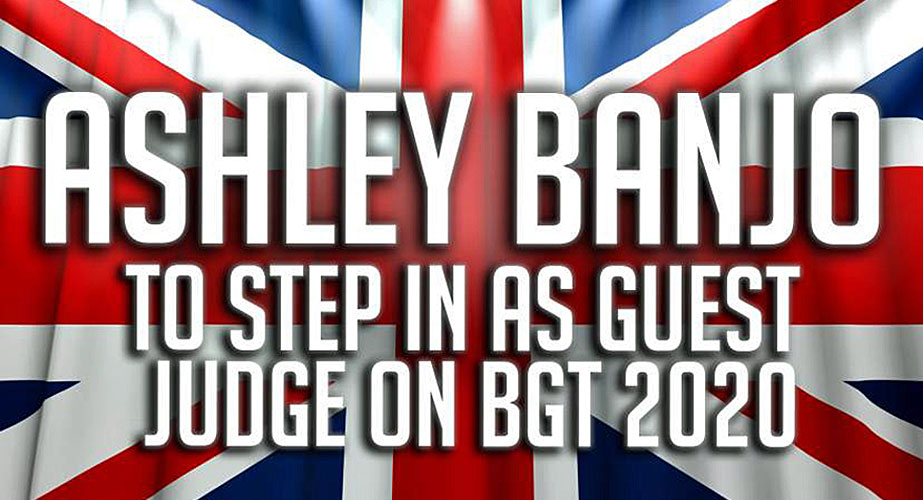 It seems a lifetime ago that we were introduced to the latest Britain's Got Talent competition hopefuls, during the six weeks between Easter and the May Bank Holiday. Remember hip-hop illusionist Magical Bones and street magician Damien O'Brien? Both were tipped to go far in this year's series, so looks like it could be another great year for magic on BGT.

Fans of the show will be delighted to learn that filming of the semi-finals has now been given the green light to resume, with appropriate social distancing measures in place of course, but with one judge noticeably a lot farther away from the TV studio than he'd planned.

After crowning him the winner back in 2009 with street dance group Diversity, the show's creator and head judge, Simon Cowell, contacted Ashley Banjo and asked him to return once again to the competition – only this time stepping in as a guest judge for the start of the upcoming Britain's Got Talent semi-finals, whilst he recovers from a recent back operation.

Simon was forced to have emergency surgery after an electric bike accident in Los Angeles earlier this month, and is now recovering at home – so will be unable to appear on the first semi-final.

A great booking for Banjo, he commented "I remember being on that stage last year and talking about how it's been ten years since we won, and how people should never tell you, you can't do something. Walking on that stage as a 20-year-old street dancer from the streets of East London and now I am walking out there and stepping in for the big man! It feels really nice, almost poetic."

Ashley Banjo and his dance troupe Diversity famously beat off favourite Susan Boyle to win Britain's Got Talent in 2009 in front of a TV audience of more than 20 million people.

Since then, his career has gone from strength to strength - both performing and choreographing Diversity around the world and selling out nine UK tours, selling over 800,000 tickets in the process, as well as appearing as a judge on Got to Dance (Sky1), Dance, Dance, Dance (ITV) and Dancing on Ice (ITV) and presenting both Can't Touch This (BBC) and Flirty Dancing (Channel 4).

Now he returns to the show that first brought him to the nation's attention.

This year's semi-finals will be very different, the inevitable result of Covid-19. Originally due to be held in May, the socially distanced semi-finals will now take place over five pre-recorded episodes filmed in September. Some acts will take part remotely via video link whilst others will perform in the TV studio – although there will be no live audience.

As usual, Ant and Dec will host, whilst Amanda Holden, Alesha Dixon and David Walliams will join Ashley Banjo at the judges' desk. Eight contestants will perform in each semi-final and the judges will choose one act to go through. The second finalist will then be chosen via a public vote when the episode airs.

The series will then culminate with the live final in October, where one act will triumph as Britain's Got Talent 2020 Champion and win £250,000 prize money plus a coveted appearance on The Royal Variety Performance.

Booking Britain's Got Talent acts for private and corporate events

Of course, it's not just about the prize money and performance for royalty. Beyond that, an increased global profile of millions of viewers will mean acts that reach the final — and especially those placed in the top three — will often become highly sought-after for lucrative commercial bookings on the live entertainment circuit. For details of all previous Britain's Got Talent acts available for private events and corporate functions view our full BGT roster here.

We sat down with Ashley for an exclusive interview to discuss winning Britain’s Got Talent a decade ago, how he created Diversity and what it takes to be a great leader; keeping the rest of his troupe — including younger brother Jordan and best friend Perri Kiely — motivated and grounded. Watch the full interview below or click here to read the transcript.

If you're interested in booking Ashley Banjo to host your company awards dinner or give one of his inspiring motivational talks, please enquire online, email us or pick up the phone and speak to one of our experienced agents. Or for further information about Ashley Banjo view his profile.