Six Motivational Books You Need to Read in 2019

People who have achieved incredible things have inevitably learned an awful lot along the way.

Whether it be in developing a certain mindset for success, attitude to risk or methods of overcoming adversity - leaders and winners have messages we can all draw upon.

At NMP Live we hear these stories all the time and see the impact the words of amazing people have on audiences when they are booked as motivational speakers and keynote speakers.

Many of the great speakers of our time have also written excellent motivational books that promote positivity, give insight into personal development and effective learning and improvement. Here are a few particularly pertinent in 2019: 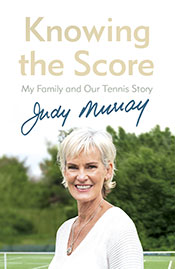 After the emotional announcements of her son Andy Murray earlier this year around facing the end of his tennis career, Judy Murray’s bestseller takes on a new relevancy in 2019.

A Sunday Times bestseller and longlisted for the William Hill Sports Book of the Year Award, the inside cover describes Judy Murray as the “ultimate role model for believing in yourself and reaching out to ambition”.

The messages Judy Murray imparts through her own story are meaningful well beyond the tennis courts and to those who have little or no interest in the sport as well as fans.

Her “extraordinary memoir charts the challenges she has faced, from desperate finances and growing pains to entrenched sexism.” It’s a story that shows readers great things are possible. 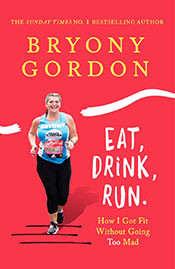 A book likely to inspire the desire to be on the starting line of the London Marathon, ‘Eat, Drink, Run’ by Bryony Gordon is an inspirational Sunday Times No1.

This year’s marathon will be the first since this memoir, of author and columnist Bryony, was published, in December last year.

Bryony began running, in a bid to take positive action as she battled to deal with the emotional impact of the publication of her mental health memoir Mad Girl.

Described as a book that “shows us how extraordinary things can happen to us all, no matter what life throws at us, if we're just willing to keep going,” ‘Eat, Drink, Run’ charts Bryony’s journey to fitness in her typically humorous and self-deprecating style. 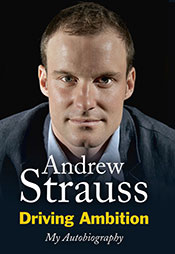 With the cricket world cup due to be hosted by England and Wales this year, former greats of the game are likely to reappear in the national consciousness again, Andrew Strauss among them.

As one of the most successful England cricket captains of all time, Andrew Strauss led the team to their first Ashes win in Australia for 24 years, in 2009.

This motivational book is primarily an autobiography charting Strauss’s remarkable career with Middlesex and England - an inspirational example of determined ambition.

The book is described as “an honest and entertaining story of a quiet, modest but fiercely ambitious man who became a magnificent man-manager”. 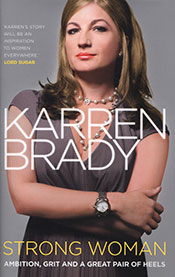 This year will see Karren Brady continuing more than a decade of her involvement with the popular BBC One show The Apprentice, as one of the key advisors to Lord Alan Sugar.

Strong Woman, first published in 2012, charts how she made the decision to join the show amidst her hugely successful business career.

The book tells of how Karren started out in the world of work as an 18-year-old at Saatchi and Saatchi and went on, at 23, to persuade David Sullivan to buy Birmingham City football club and put her in charge.

In the book, she reveals the detail of how she rose to the top in the world of business and balanced it with her personal life as a wife and mother-of-two. In it, she offers direct advice and insight into how others can do it too. 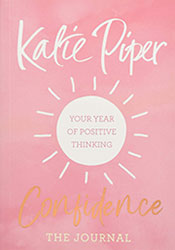 The most recent release from acid attack survivor turned celebrity and businesswoman, Katie Piper - this is a self-help book from someone who has truly been there.

In 2019, on the back of being a Strictly Come Dancing contestant, Katie’s career continues to go from strength to strength with an appearance early in the year in Channel 4’s celebrity TV series Famous and Fighting Crime.

The message of the book is that “with true confidence anything is possible.” It aims to guide readers’ to find that confidence within themselves via daily affirmations and creative prompts.

Less direct motivational messages can be found in Katie’s earlier autobiographical account of her recovery from the life-changing attack she endured aged 24, ‘Beautiful.’ 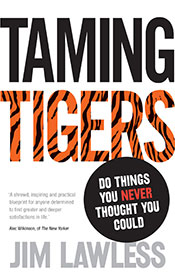 The ten ‘rules’ that Jim Lawless shares in this motivational classic remain as relevant in 2019 as they were when the book was first published in 2012.

Jim introduces the concept of the internal tiger that “snarls at us when we think about making a change in our lives and stops us developing and achieving our potential”.

In the book, Jim shares his personal story of proving his theory by going from a thirty-six-year-old overweight non-riding consultant to a fully-fledged jockey and UK freediving record holder in 12 months. The case studies of others who have achieved great things using his techniques are also showcased.

Jim’s rules are: 1. Act boldly today - time is limited. 2. Re-write your rulebook - challenge it hourly. 3. Head in the direction of where you want to arrive, every day. 4. It's all in the mind. 5. The tools for Taming Tigers are all around you. 6. There is no safety in numbers. 7. Do something scary every day. 8. Understand and control your time to create change. 9. Create disciplines - do the basics brilliantly. 10. Never, never give up!...

And here are a few motivational books fresh off the press this year:

With the catch line ‘30 ways to fix your work culture and fall in love with your job again,’ this is a book said to be for people who are seeking greater fulfilment and happiness in the workplace. Author Bruce Daisley is European Vice-President for Twitter and host of the UK’s number one business podcast Eat Sleep Work Repeat.

The book identifies 12 common habits that are a hurdle to success, helps you overcome them and satisfy your ambitions. Sally Helgesen is an internationally acclaimed speaker, who has delivered leadership programmes to companies including Microsoft and IBM. Whilst Dr Marshall Goldsmith is a renowned leadership expert.