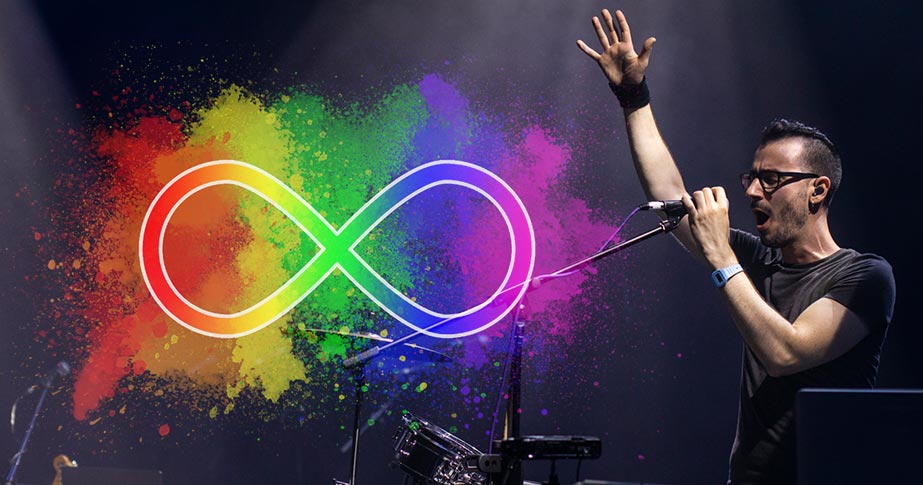 Neurodiversity is the recognition that all humans vary in terms of their neurocognitive ability. The term was created to help people understand and respect those differences as natural human variations. Neurodivergent is used to describe conditions such as autism, dyslexia, dyspraxia and ADHD.

Neurodiversity Celebration Week was started four years ago by Siena Castellon when she was 16 years old. As an autistic student who also has dyslexia, dyspraxia and ADHD, she experienced significant challenges, prejudice and bullying throughout her education.

Motivated by her experiences at school and the palpable lack of teacher training and special educational needs support services, Siena launched the worldwide enterprise. Aimed at challenging stereotypes and misconceptions about autism and learning disabilities, the initiative intends to end the stigma preventing neurodiverse people from reaching their potential.

In the United Kingdom, statistics show that over 15% of the population are neurodivergent with only 16% of autistic adults employed. Worryingly, 64% of employers admit to having little or no understanding of the cognitive differences people may have. In light of this, it is critical to recognise and champion the strengths of neurodivergent people to guarantee a more inclusive future.

From musical comedians to one of Britain’s best-known impressionists, the scope of our talented neurodivergent presenters, speakers and performers, truly represent the limitless potential that Neurodiversity Celebration Week promotes. 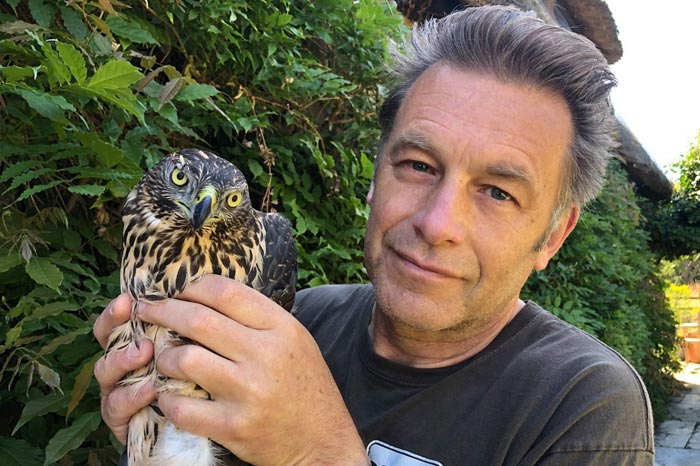 He is a presenter on BBC’s BAFTA award-winning Springwatch, Autumnwatch and Winterwatch series and his production company has regularly made programmes for Animal Planet, National Geographic, ITV and the BBC.

Diagnosed with Asperger syndrome aged 44, Chris now uses his platform to promote conversations surrounding neurodiversity issues. In reflecting on his own experience with Asperger’s, Chris asserts “Asperger’s shouldn’t be a prison sentence.”

Crediting his Asperger’s with helping him navigate how to succeed in his professional career, Chris remarks that his retentive memory fuelled his passion for nature from a young age and shaped him into the expert he is today.

Noting the success of other individuals with Asperger’s, Chris advocates that those who are neurodivergent should be allowed to “exult in these aspects of the condition which empower them. It’s got to be about what you can do, not what you can’t do.” 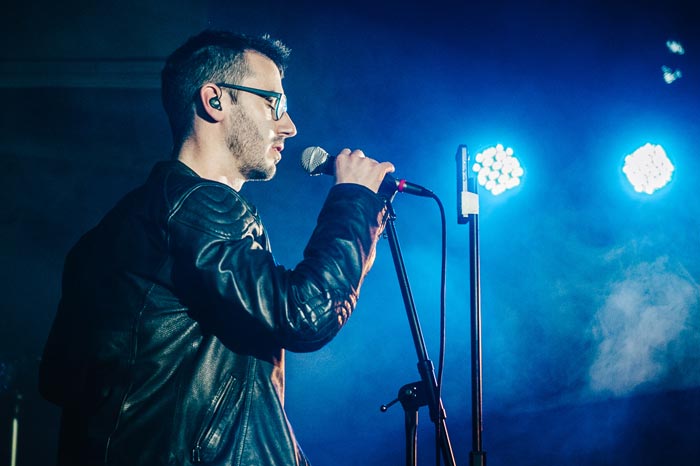 SK Shlomo is an award-winning beatboxer, live looper and collaborator with artists including Ed Sheeran, Björk and Rudimental.

For over ten years he set new standards in his craft, performing at Glastonbury, Bestival, Lovebox and even as the closing act at Wilderness Festival.

Using beatboxing as his platform for expression, Shlomo has found comfort in having an outlet with a pace that matches that of his mind. Diagnosed with ADHD as an adult, Shlomo credits beatboxing as his un-intentional coping mechanism.

Shlomo shared, “whenever the world feels overwhelming you’ve got rhythm, you’ve got bass and you’ve got drums in your face. What I didn’t realise was that that was my superpower and I love that. So, my main thing now about beatboxing is to show people how it can be a tool for empowerment. A tool to become a more wonderful human than you already are.”

Regularly touring shows focused on teaching audiences to make music with their mouths, Shlomo seeks to destigmatise issues surrounding neurodiversity, showing that those natural human variations are in fact, superpowers. 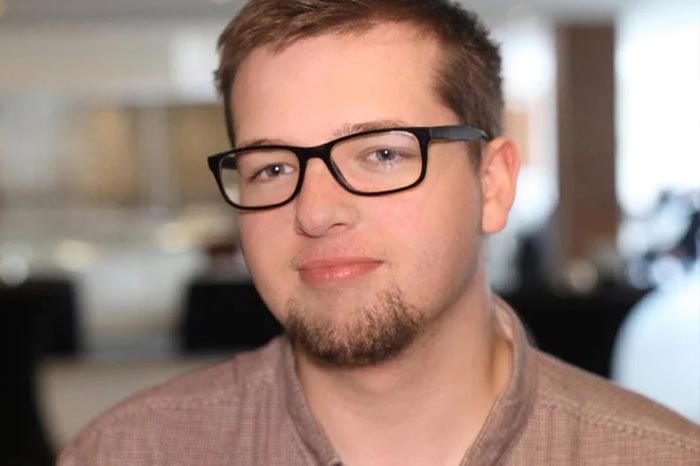 Jamie Woodruff is a certified ethical hacker - an expert who penetrates a computer system, network, application or other computing resources on behalf of its owners to find potential weaknesses for hackers to exploit.

Jamie began hacking aged nine and by his early twenties, was one of the world’s leading authorities on cyber security specialising in social engineering, human manipulation method and cognitive biases.

Despite struggling throughout his education and failing all his GCSEs bar IT, it was not until he began college that Jamie was diagnosed with autism, dyslexia and dyspraxia. Arguably, an earlier diagnosis would have meant Jamie had the resources to better cope with schooling and achieve across a broader field of subjects. Notably, Jamie argues against this point.

Referring to his time at school as “socially awkward”, Jamie makes the case that his autism, dyslexia and dyspraxia are in fact what makes him so successful as a hacker. The attributes of Jamie’s neurodiversity meant he utilised the drive to focus on specific subjects to better understand and control them, allowing him to truly reach his potential in both the real and virtual world. 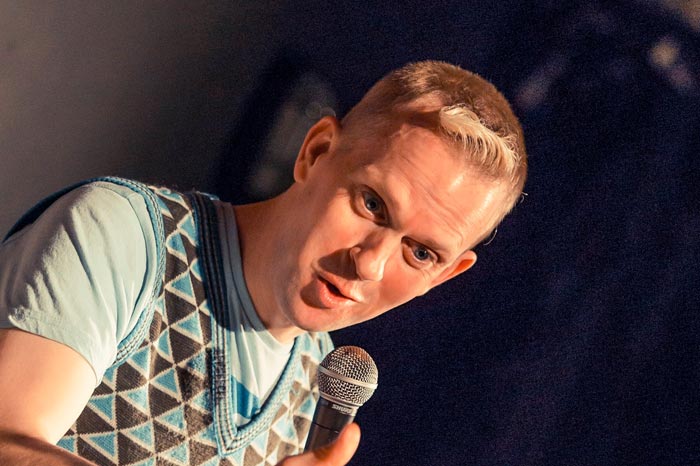 Robert White is an award-winning British musical comedian and Britain’s Got Talent runner-up.

A favourite for his original style, comedic timing and risqué keyboard-based songs, Robert is a sought-after talent with the power to flawlessly entertain and inform on a range of topical subjects.

Following many years battling against a flawed system for help, Robert was eventually diagnosed with autism aged 23. Speaking on his diagnosis, he shared the relief at being able to define his neurodiversity to better play to his strengths as opposed to feeling restricted by his weaknesses.

Passionate about sharing his experiences to help those with Asperger’s be more visible and understood in society, Robert now uses his comedy to highlight the issues neurodiversity can present for everyday life.

With two feet firmly in the limelight, Robert’s condition is front and centre of the discussion. His success helps dispel the all-too-common and grossly inaccurate misconceptions surrounding people with Asperger’s as being antisocial and introverted. 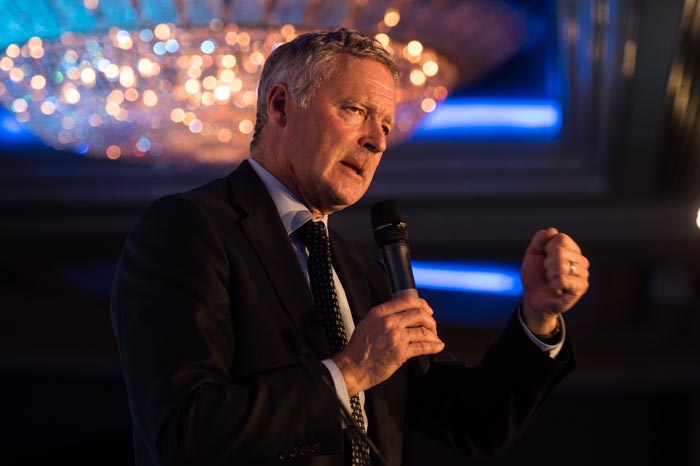 Rory Bremner is regarded as one of Britain’s best-known impressionists. As a mimic, his repertoire covers hundreds of personalities, from politicians to talk show hosts. A man of endless talent, Rory is also known as a comedian, satirist, translator, columnist, presenter and even for a short stint, Strictly ballroom dancer.

In 2011 aged 49, Rory was diagnosed with Attention Deficit Hyperactivity Disorder (ADHD). He was prompted to get a diagnosis after seeing similarities between himself and his young nephew who was diagnosed in the same year.

In 2017, Rory fronted the BBC documentary, Horizon: ADHD and Me. The documentary dove into the science of the condition, helping to dispute the recurrent but ill-informed opinion that ADHD is simply another name for bad behaviour.

Now a passionate advocate for ADHD, Rory believes the stigma attached to the condition is a public health crisis. He advocates for more to be done in the early years to recognise and develop the strengths and abilities of the neurodiverse. Speaking on what for some is a debilitating condition, Rory refers to his ADHD as his best friend and his worst enemy.

Whilst at times feeling as though his mind is a “Ferrari with bike brakes”, Rory credits his hyper-focus and ability to think outside of the box with his success. Able to spot every intricacy of a person has helped him perfect the phenomenal body of work we enjoy today. 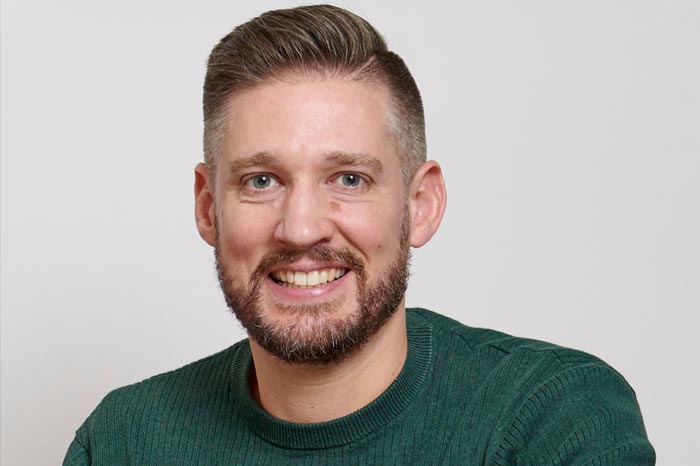 Kelly Grainger is a neurodivergent speaker, trainer and consultant.

Diagnosed in 2019 as autistic aged 44, Kelly describes his first-hand experience of the process as hugely lacking in support, guidance and information. Aged 45, Kelly was also diagnosed with ADHD. At the same time, both of Kelly’s children were diagnosed with the same conditions.

For 23 years, Kelly worked in the corporate world for some of the largest organisations worldwide in senior sales, recruitment and training. Despite embracing the revelation of his neurodivergence himself, Kelly found his company were ignorant and negative about the diagnosis, leading him to transform the trajectory of his career.

Co-founding Perfectly Autistic in 2020, Kelly now works directly with businesses to educate them on how to adopt neurodiverse friendly strategies, ensuring a healthy, happy and more productive workplace for all.

Partnering with the likes of O2, The Guardian, BP and Omnicom, Perfectly Autistic is determined to raise awareness about neurodiversity, provide support, guidance, understanding and connect those on the autism path.

To find out more about our speakers please enquire online, email us or pick up the phone and speak to one of our booking agents.