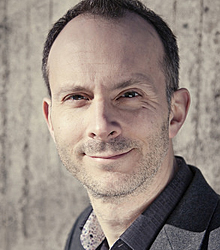 Tim Harford is a world-renowned behavioural economist and award-winning Financial Times columnist. Frequently described as ‘Britain's Malcolm Gladwell,' his first two books, The Logic of Life and The Undercover Economist, have been translated into 30 languages and sold well over a million copies. He is also presenter of Radio 4's More or Less, and Pop Up Economics.
Revealing the everyday realities of economics, Tim considers how the world, people and organisations work and the truth behind risk, decision-making and commerce. Whilst he's a ‘serious' economist with a career spanning Oxford, Shell and the World Bank, Tim Harford's FT columns dwell on the economics of daily life and offer tongue-in-cheek solutions to readers' problems.
Tim Harford's first book, The Undercover Economist was likened to Freakonomics in its examination and explanation of the workings of everything from coffee shops to organised crime to development aid. In The Logic of Life, he applied economic theory to the world adding to the store of theories from the likes of Richard Thaler and Daniel Kahneman on how rational (or otherwise) our decisions are.
In Adapt: Why Success Always Starts With Failure, Tim showed how the challenges we face can't be solved with simple ready-made solutions; we must learn to improvise rather than plan. Drawing on psychology, evolutionary biology, physics, maths and economics, he shows how adaptive, trial-and-error processes can help tackle everything from innovation to financial crises. Gillian Tett described it as "required reading for anyone trying to navigate an increasingly complex world." Whilst in The Undercover Economist Strikes Back, Tim looks at the truth behind the headlines now that economics has become front-page news. He explains how a national economy really works, why all countries are in debt, how a job is created, and whether the bonus culture works.

Besides his long list of speaking themes, Tim homes in on a fundamental challenge: “We're in danger of becoming obsessed with the forest but missing the trees; what counts is individual customers and staff.”

Drawing on the frontiers of economic research, Tim Harford’s speeches cover everything from theories on how to save the world from disaster, to how we can match odd socks, lose weight and find happiness.

Tim might also reveal the hidden logic of the world around us: when a teenager commits a burglary or a smoker lights a cigarette we seem to be a million miles from common sense - or are we?

Weaving evidence from sources like casinos and speed-dating, Tim shows that human behaviour is actually surprisingly logical in the same highly accessible style as in his BBC2 series Trust Me, I’m an Economist.

Everybody loved your talk!

Clients often ask about purchasing books for giveaways and delegate packs. Below you’ll find a selection of products by Tim Harford. Click the images to view on Amazon's website. For bulk orders, please speak with your Booking Agent.

How to book Tim Harford for your event