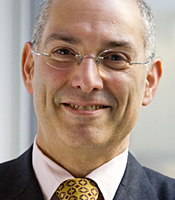 Dr Peter Hahn is a member of theFaculty of Finance at the City University's Cass Business School in London. In 2004, more than 20 years in banking on Wall Street and in The City of London, Peter Hahn undertook a second career as business school academic. He was awarded a fellowship from the Foundation for Management Education (FME)and the UK's Economic & Social Research Council in 2007, received his PhD (Finance) from Cass in 2008 and joined the Cass faculty as a full member in 2009.

In 2008, Peter was asked to give televised evidence in Parliament before the Treasury Select Committee (TSC) on remuneration and governance in banks and then, in 2009, Dr Hahn was asked to advise the UK's financial services regulator on Governance & Remuneration issues. His contract was renewed several times finally completing in 2014 with his having advised UK bank supervision on various critical areas including recovery, resolution, capital and business model analysis.

Peter Hahn has appeared over 300 times on UK and international broadcast media including BBC Television & Radio, Bloomberg, Channel Four, and SKY Television and is frequently cited on the internet and in the world press
including having been the Financial Times Expert of the Day. He has written for the Wall Street Journal and had an ‘irregular' column for Dow Jones Financial Week for two years.

The Financial Times published three extensive articles about his experiences as a mature PhD student. He now annually teaches over 700 undergraduates, MBAs, and executives the principles of finance, corporate finance and bank strategy & management issues. He has also been on the Cass Business School Research, Academic Practice and Policy committees.

Peter began his banking career in a Parisian retail Branch of the Societe Generale (1980) while a student and upon graduation joined New York commercial bank Manufacturers Hanover Trust (1981)(now JP Morgan) undertaking credit and other fundamental bank training. He joined Wall Street firm Kidder, Peabody & Co (1988) (now UBS) working in capital markets and corporate finance advisory (and qualified, by exam, to advise and sell retail Securities). Peter moved to London joining Citicorp/Citibank in 1994 where he worked with many of the world's largest companies.

Peter has been a consultant to investment and commercial banks and began advising the UK's Financial Services Authority (now Bank of England) on prudential issues in 2009. He has been a director of number of companies and is currently Trustee/Council Member of the FME.

Dr Peter Hahn holds an MBA from New York University and a BA from Drew University. He presented his PhD research papers at academic conferences in the UK, Italy, Austria,and Belgium.

No stranger to the speaking and seminar world, Dr Peter Hahn has chaired or participated in many conferences hosted by The Financial Times, The Financial Regulator, The Economist, the Futures Industry Association, the Futures & Options Association, Merger Market, The Lauder Institute of Wharton Business School, the Centre for the Study of Financial Innovation, Westminster Forum, Westminster Briefing, and non-public bank management and industry sessions, amongst many others.

He is an exceptional keynote speaker and conference facilitator with a vast knowledge of banking, finance, the media, government and regulation.

How to book Dr Peter Hahn for your event