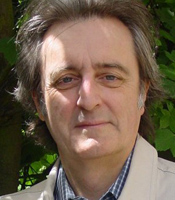 Paul Lewis has been a freelance financial journalist since 1987. He writes extensively on money and personal finance and is a regular guest on BBC Breakfast, News Channel, and other Radio 4 programmes.

He was a reporter on Money Box in the 1990s and, after a three year stint on Radio 5 Live, returned as presenter in September 2000.

He has won more than a dozen awards including Headline Money Journalist of the Year in 2010, Association of Investment Companies Broadcaster of the Year and the 2012 Roses media awards.

Paul says "Money Box is there to make a difference to the finances of its listeners. It is rightly regarded as a trusted source of financial information and news. It is a marvellous show to work on. And a wonderful team of people to work with."

He writes four pages of money news and advice every month in Saga Magazine and a fortnightly claim it piece on its website. He occasionally contributes to The Oldie.

In the past he has written for the Daily Telegraph and Reader's Digest. His books include Money Magic, Live Long and Prosper, Pay Less Tax, Beat the Banks, and Making Your Money Work.

The consummate professional...address[es] the ordinary man and woman in the street in just the right manner.

Headlinemoney, Broadcast Journalist of the Year 2010

A fearless and unnerving interviewer...his journalistic record includes dogged pursuit of justice on behalf of readers and listeners.

Paul's research was meticulous - he kept it lively and amusing.

Paul Lewis was excellent. In past years we have stuggled to attract delegates to the afternoon session- having Paul's name on the programme meant that delegates were keen to stay until the end and in the feedback they said they were glad they did!

This is the second time we invited Paul. The speech was delivered in an interesting way. I will consider inviting Paul again to next years event

We asked Paul Lewis to speak at an event we were holding to highlight the dangers of payday lending and to raise awareness of the alternatives available. He spoke very powerfully on the topic and was incredibly knowledgeable. He was a consummate professional, and was incredibly enthusiastic, charismatic and engaging. We would highly recommend Paul Lewis as a speaker at any event.

How to book Paul Lewis for your event