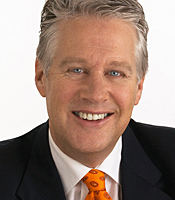 Stephen Cole is the senior anchorman and correspondent for 'Al Jazeera International' with responsibility for Britain, Europe and Russia. He is based at the London News Centre.

Stephen was commissioned to make a series of films in Eastern Europe covering Organised Crime, Corruption and New Technology for the November launch of the Channel. He delivered five exclusives for a special week of launch programmes. With 20 years experience in front of camera and having covered every major international news story during that time Stephen has contributed a wealth of experience and knowledge to the creation of the London News Centre in Knightsbridge.

Before he was asked to join the new global 24-hour channel Stephen had anchored for BBC, BBC World and CNN International in Atlanta. He has anchored live coverage from elections held in Islamabad, Delhi, Moscow, Paris and Hong Kong. He was in Berlin for the fall of the Berlin Wall and has also covered nine conflicts raging from the Falklands War to Bosnia and Kosovo, the two Wars in the Gulf and also 9-11.

Five years ago Stephen came up with the idea for a television programme covering Information Technology. The success of the style and format of 'Click on Line' is currently shared on BBC World by more than a hundred million viewers around the world and on BBC News 24, BBC1 and six major airlines. Stephen has taken the show to fifteen countries and hosted numerous prestigious IT events in Asia and South America. In the past two years Stephen has helped direct international news coverage in Asia and the Middle East. He has taken a senior executive role in directing major events at elections and international news breaking stories.

Stephen's corporate career began with the establishment of Cole Productions, a corporate communications company, five years ago. Since then he has specialized in Information Technology, Security and Terrorism. He recently merged with DIGITV to form a broadcast division and has worked closely with the World's Customs organization, Interpol and the International Security Management Association.

He has chaired and facilitated at the World Economic Forum. Stephen is a qualified PADI diver and Rugby coach with a keen interest in films. For the last six years he has presented the annual Oscars programme live for BBC World and News 24.

How to book Stephen Cole for your event