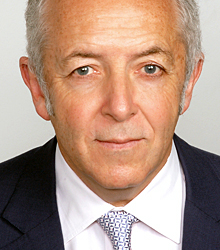 Jeremy Bowen is a journalist with a vast knowledge and experience of the Middle East. From 1995-2000, he was based in Jerusalem as the BBC's Middle East Correspondent, winning awards from television festivals in New York and Monte Carlo, as well as a Best Breaking News report from the Royal Television Society on the assassination of Yitzhak Rabin.

During the Kosovo crisis of 1999, he reported extensively from the region, often in dangerous conditions, which included being robbed at gunpoint by bandits whilst reporting from the Albanian border. Since June 2005 he has been working in the newly-created role of BBC Middle East Editor.

Jeremy's third book The Arab Uprisings (Simon and Schuster, 2013) looks at the game-changing events that are impacting the middle east. It captures the thoughts and feelings of the people involved as the events unfolded, putting these revolutions in their political context, and using them as a prism through which to understand the broader history and landscape of the Middle East. It is is an urgent and authoritative account of the seismic political changes rocking the Middle East, from one of the foremost reporters of our time.

Jeremy Bowen is highly respected within his profession and in the wider public sphere.

After Dinner Speaking
A seasoned war and Middle East correspondent Jeremy Bowen provides audiences with riveting anecdotes from a life reporting on the front line at some of the most fraught conflicts of the past twenty five years.

He has witnessed endless wars between individuals, religious groups and full-sized states, jostling for military, political and economic power. He has interviewed dictators, fanatics and fundamentalists as well as the ordinary people caught up in their dangerous games.

Jeremy has covered hostilities from over 70 countries ranging from El Salvador, Somalia to the West Bank and his current role as the BBC's Middle East Editor enables him to cast a welcome light onto one of the most complex areas of the world.

Jeremy Bowen's talk was very well received, with positive feedback only! He talked for about 30 minutes about how his experiences, motivating film crews in difficult situations in the Middle East, related to the managers' own roles in terms of motivating their own teams. The audience found him fascinating and inspirational and the 30 minute Q&A session following his talk could have gone on a lot longer as there was so much positive response to Jeremy's speech. After the talk, Jeremy was wonderful at mingling with delegates and everyone there found the entire experience of meeting him to be inspirational, motivational and uplifting.

Jeremy Bowen provided a fascinating insight into the current situation in the Middle East and was an excellent after dinner speaker. He brought his own unique blend of charm and intelligence to the party, putting everyone at ease. The evening was a great success.

Bowen is a man with a thousand interesting stories to tell.

Clients often ask about purchasing books for giveaways and delegate packs. Below you’ll find a selection of products by Jeremy Bowen. Click the images to view on Amazon's website. For bulk orders, please speak with your Booking Agent.

How to book Jeremy Bowen for your event