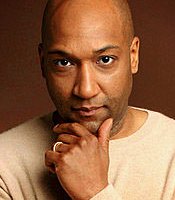 Recognised as a true ambassador of urban music, Ronnie DJ's on Radio 1 Xtra and is a legend on the RnB club scene.

Ronnie has been nominated for two MOBO awards for UK Best Club DJ and Best Radio Show. He was also nominated for Best DJ in 2008 at the Urban Music Awards.

Outside his musical career, Ronnie is also an actor who has appeared on the BBC television programmes Babyfather and Holby City.

How to book Ronnie Herel for your event