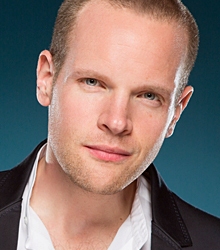 Book Roberto
add to shortlist
About

Having worked his way up the radio ladder, including a four year stint as the mid-morning presenter on Capital FM, Roberto now hosts the breakfast show on sister station Heart 80s.

Roberto's relaxed style with celebrities on the radio translates just as well to TV with appearances on Channel 4, Sky and ITV. And while he's great at putting others at ease, he's far tougher on himself having braved a number of challenges and dares on screen.

After losing over ten stone in weight he moved into television presenting and qualified as a personal trainer. At his heaviest, Roberto weighed 23 and a half stone, having been 'big' since a young age and carried the weight into adult life. A break up with a partner inspired him into losing weight, most of which was lost within six months in an unconventional way that involved doing no cardiovascular fitness or bariatric surgery.

Roberto is available as a compere, awards host, voice of God and celebrity DJ.

PARTY AND EVENT DJ
With his love of music and fun times, Roberto knows how to get the crowd going at a party, ensuring everyone has a brilliant night.

Since his first deejaying gig at just 9 years old, Roberto has been flown around the world to DJ for corporate clients, private parties and clubs – from London to Toronto, Miami to L.A, The Algarve to Mallorca.

In his home town of London, Roberto has deejayed at Movida, DSTRKT, Tiger Tiger and Strawberry Moons, to name a few, along with events such as London Fashion Week.

COMPERE AND HOST
A compère can make or break your event, so experience really does matter. Roberto has been helping make events brilliant for more than 10 years and is proficient at making guests feel at ease and giving party organisers a night they'll remember for all the right reasons.

Roberto can handle events of all sizes, working with your to team to make sure the event is a huge success.

LIVE VOICE OF GOD AND VOICEOVER
Roberto has been voicing adverts, documentaries, corporate projects, awards and more for over ten years so he's got plenty of experience of bringing scripts to life. He also has is own fully equipped studio so he's ready to record twenty four seven.

When DJing, Roberto’s standard set length is usually 60 minutes, but he can perform up to 90 or 120 minutes. Please call to discuss your specific event requirements.

How to book Roberto for your event