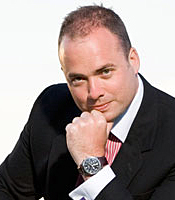 Neil Bentley is one of the UK's most respected radio presenters and voice over artists with many years experience in the industry. Neil moved from Galaxy 105 to Capital FM's afternoon show in 2003 and then on to Heart - the biggest commercial brand in Europe. And with his show broadcast on 42 stations across the UK, Neil Bentley is one of the most listened to hosts on radio.

In 2004 Neil developed a passion for live event voice overs (voice of god) and has since built an enviable client list, working on over 200 shows around the world. Always focussed and prepared, Neil continues to forge great relationships with some of the biggest production teams and event companies in the business. His voice is warm, powerful and cuts through.

Neil also owns his own high end production facility from which he can provide clients with live voice sessions or alternatively audio delivery via email, FTP or CD. He has voiced sessions for a multitude of big name clients including Britain's Got Talent, Domino's Pizza & Altec Lansing.

How to book Neil Bentley for your event