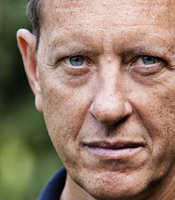 Richard rose to fame starring as Withnail in the cult 1987 film Withnail and I. Since then Richard has appeared in over 40 feature films including Henry And June, How To Get Ahead In Advertising, Age of Innocence, Dracula, Jack And Sara, Twelfth Night, Portrait of a Lady, The Player, L.A. Story, Bright Young Things, Gosford Park, The Corpse Bride, Colour Me Kubrick, The Nutcracker and he wrote and directed Wah Wah. Most recently Richard has been seen on the big screen in the films Dom Hemingway and The Iron Lady. Richard's has appeared on our television screens in hugely popular shows such as the award-winning Downton Abbey, Doctor Who and the latest series of the hit HBO show Girls.   Richard has hosted the Empire Film Awards, Laurence Olivier Theatre Awards and The D&AD Advertising Awards. He also recently presented three documentaries for the BBC - Dear Diaries, History of Safari and History of the Arabian Nights as well as Popular Classical Music on Sky Arts.   Richard filmed the luxury travelogue series Hotel Secrets for Sky Atlantic in 2012 which sees Richard travel the world in search of hotels known for their glamour and infamy.

Richard was a huge success and everyone loved him. He was brilliant on stage.

Clients often ask about purchasing books for giveaways and delegate packs. Below you’ll find a selection of products by Richard E Grant. Click the images to view on Amazon's website. For bulk orders, please speak with your Booking Agent.

How to book Richard E Grant for your event