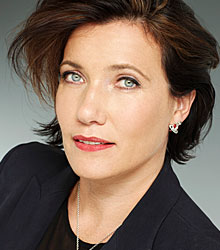 The role of a clinical psychologist is to reduce an individual’s psychological distress; such as depression, anxiety, chronic stress, plus addictive behaviours and behavioural disorders, thus enhancing and promoting psychological wellbeing.

Tanya has been working in the NHS for over 20 years working in Drug Dependency, HIV/AIDS and sexual health, adult mental health and eating disorders services.

She was the Consultant of an in patient unit for 12 - 16 year olds with severe mental health problems and child protection issues. Tanya designed and ran an NHS beacon awarded NHS and Care Staff training programme in the assessment and management of aggressive and violent behaviours.

Tanya's career has developed in a number of important directions: as a keynote public speaker, and most notably, as a writer and broadcaster. Her involvement as a presenter and on-screen expert in the BBC television series Little Angels (2003-05), Teen Angels (2005) and The House of Tiny Tearaways (2005-06) gave national audiences an appreciation of issues around exploring and treating children's behaviour problems.

As a writer, Tanya has published widely. In addition to books linked to the television series listed above, her publications include Your Child, Your Way (Penguin, 2007). Most recently, she was commissioned by the then Prime Minister, Gordon Brown, to undertake an independent review into the potentially harmful effects of the internet and video games on children, resulting in The Byron Review: Safer children in a digital world which was published in March 2008 and its follow-up review Do we have safer children in a digital world? (2010). The review was well-received by the government and the wider public both nationally and internationally, and has led to a number of policy changes.

Tanya advises on international policy relating to children, young people, mental health and education and is currently working in China to develop services for children, young people and their families. Awarded Honorary Doctorates by the University of York and the Open University for her 'outstanding and exceptional contribution to science, education and culture', Tanya is also Professor of Psychology at Shangdong University (China) and Honorary Lecturer at UCL and UEL.

Tanya is a Fellow of the RSA, a Trustee of the National Family and Parenting Institute and Patron of Prospex, an inner-London based charity supporting vulnerable and abused teenagers. Tanya is also patron of Relate, and an ambassador of FPI.

She speaks regularly across government and advises ministers at the Department for Education and continues to practise as a Consultant Clinical Psychologist specialising in working with children and adolescents two days per week.

Professor Tanya Byron was an excellent speaker; she fully engaged theaudience and took time at the end of her speaking slot to speak to manypeople and have her photograph taken. It was a genuine pleasure to work withher.

An exceptional speaker, very funny yet personable and really engaged with her audience

Clients often ask about purchasing books for giveaways and delegate packs. Below you’ll find a selection of products by Professor Tanya Byron. Click the images to view on Amazon's website. For bulk orders, please speak with your Booking Agent.

How to book Professor Tanya Byron for your event