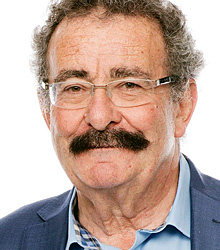 Lord Robert Winston, Professor of Science and Society and Emeritus Professor of Fertility Studies at Imperial College, has an international reputation for his researches into human reproduction and has pioneered advances widely used in fertility and IVF treatment.

Amongst the public, he is perhaps best known for his work in popularising science and medicine on television and for writing a number of popular science books for both adults and children.

As a member of the House of Lords he regularly speaks in parliament on education, science, medicine and the arts. He was Chairman of the Lords Select Committee on Science and Technology 1999-2002, initiating enquiries into Antibiotic Resistance, Non-Food Crops, Nuclear Waste, Science and Society, Genetic Databases, Aircraft Passenger Environment, and Science in Schools.

Robert Winston's television series on different aspects of science have been shown in many countries overseas. Perhaps the best known is 'The Human Body' which won a record of three BAFTAs and an Emmy nomination. Robert Winston has published two dozen books for lay readership including What Makes Me Me, which won the Aventis Prize in 2005, and The Human Mind, which was short-listed for the same prize in that year. Human won the BMA First Prize for the Best Popular Medicine Book in 2005 and It's Elementary was shortlisted for the Aventis prize in 2008.

His interests include theatre, classical music, skiing and the wines of Bordeaux, especially Paulliac. He is on the Board of the Lyric Theatre and has been involved with a number of UK charities, including Cancer Research UK, the UK Stem Cell Foundation and the Association of Medical Research Charities. He is a Fellow of the Royal Society of Arts.

Whether its delivering a keynote address, chairing a conference, or presenting a light-hearted after dinner speech, Lord Professor Robert Winston is a thought provoking, engaging and most entertaining speaker that will captivate any audience.

Clients often ask about purchasing books for giveaways and delegate packs. Below you’ll find a selection of products by Lord Professor Robert Winston. Click the images to view on Amazon's website. For bulk orders, please speak with your Booking Agent.

How to book Lord Professor Robert Winston for your event

To book Lord Professor Robert Winston, please submit an online enquiry, email bookings@nmp.co.uk or speak with one of our booking agents on +44 (0)1372 361 004.