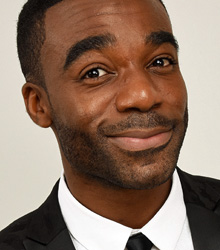 On-air, on-screen and on stage, Ore Oduba has established himself as a true all-rounder since winning the 14th series of Strictly Come Dancing. Ore's energy, warmth and charm has seen him emerge as a fan favourite and a much sought-after broadcaster, live host and performer.

Over 13 million watched Ore and partner Joanne Clifton crowned as champions on Strictly Come Dancing, the most watched final in the show’s history. It launched a new chapter in Ore's career as he continues to impress with his passion for performing.

In 2018 Ore made his Saturday Night presenting debut as host of And They're Off for Sport Relief and Sport Relief itself, shortly before Hardball, a brand new game show for BBC1. This follows a burgeoning list of high-profile credits that includes regular presenting slots on The One Show, ITV's This Morning and BBC Radio 2.

At home as an entertainer, Ore's authority and reliability, coupled with countless hours of live broadcasting under his belt, has also seen him front some of the biggest national events, from the Queen's 90th Birthday celebrations and BBC Sport's award-winning coverage of Olympic Games in Rio to One Love Manchester, the tribute concert for victims of the Manchester Arena bombing.

How to book Ore Oduba for your event