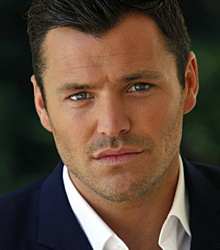 Mark Wright burst on to our TV screens in October 2010 as one of the cast members in The Only Way Is Essex, and has since gone on to become one of the most popular and talked about media personalities in the UK.

His ‘empire' now includes a successful TV presenting career, his own Heart FM radio show, a top selling calendar, men's aftershave & women's perfume, an incredible 3 million+ followers on Twitter and the face and body behind his own clothing range at Littlewoods.

Mark Wright was undeniably the star amongst an ensemble cast in The Only Way Is Essex, or TOWIE, as it is otherwise known. The show has won many awards, including a BAFTA and is now shown throughout the World including; USA (on Netflix), Norway, Republic of Eire, Australia, New Zealand, Finland, Sweden, Belgium, Africa and The Netherlands.

After playing professional football for the likes of Tottenham Hotspur, Southend United and representing his country as a member of the England under-18 national team, he spent several years as one of the most successful club promoters in London before a TV producer saw huge potential and persuaded him to take part in a new TV show she was developing, TOWIE, that would break the mould for entertainment television and has since gone on to be one of the most popular shows of recent years.

But whilst it was TOWIE that launched Mark's TV career, it was taking part in I'm A Celebrity Get Me Out Of Here that made him a household name. He’s since gone on to carve out a successful career as an all-round television host and radio DJ.

Mark made a return to professional football in December 2020, signing for League Two side Crawley Town on a non-contract basis, making his professional debut at the age of 33 in the third round of the FA Cup on 10 January 2021. He was released by Crawley at the end of the 2020-21 season. His ‘journey’ was documented in the BBC iPlayer mini-series, Mark Wright: The Last Chance, about his efforts to revive his professional football career with Crawley Town.

Ever-versatile, Mark Wright regularly makes personal appearances throughout the UK, is a sought-after host for corporate award dinners and is also a popular DJ for corporate and private events.

How to book Mark Wright for your event