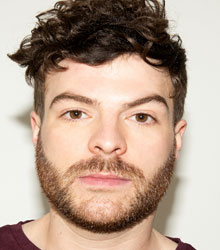 Jordan North is a presenter on BBC Radio 1

Jordan’s obsession with radio began from an early age and drew him towards community radio station Preston FM. There he spent his teens honing his craft whilst working part-time on the radio station at Blackpool Pleasure Beach.

In May of 2011, just days before completing his degree at The University of Sunderland, Jordan won Bauer Media’s Stars of 2011 competition and presented a month of shows for The Hits Radio.

Jordan’s particular blend of honest northern self-deprecation and genuine likeability made him many new friends and he got his first break presenting on Capital FM, and it’s during this time he also started to work behind the scenes at BBC Radio 5Live as a researcher for broadcasting heavyweights Victoria Derbyshire and Richard Bacon.

Jordan left the BBC to take on the drive time show at Rock FM across Lancashire where he was twice nominated for Radio Presenter of The Year at the Commercial Arqiva Radio Awards (2015 & 2016). It’s around this time when Jordan began covering shows on BBC Radio 1, he soon became a regular dep presenter for the station’s weekend shows and Early Breakfast.

In 2018 the BBC announced Jordan as part of the new weekend line up at Radio 1, in the same year he launched his own podcast, ‘Help I Sexted My Boss’ which was commissioned for a second series and sold out its first live show in less than 10 minutes. Towards the end of 2018, Jordan turned his skills to TV and can be seen presenting ‘‘Trending Live’ a live daily 90-minute show on 4Music and Youtube. In December 2018 Hello Magazine featured Jordan in their ‘Rising Stars/Ones to Watch for 2019’ feature.

Jordan was a contestant on the 2020 series of ‘I’m a Celebrity get me out of here’!

How to book Jordan North for your event