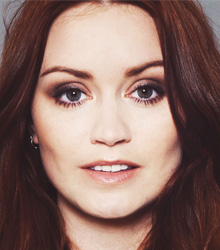 With her down to earth nature, Scottish TV Presenter and Radio DJ Arielle Free is one of the industry’s rising stars.

A face of the ITV family, she can currently be seen waking up the nation each weekend on CITV’s ‘Scrambled’ whilst also hosting ITV’s hugely popular Love Island podcast ‘Love Island: The Morning After’.

As a self-confessed music geek, in 2015 Arielle was selected by Ministry of Sound to re-launch their radio station, taking the coveted drive time slot broadcasting live to a global audience Monday to Friday.

In the same year, Arielle was selected to front the T in The Park music festival coverage for BBC Scotland, live from Strathallan Castle. This led to her driving the desk for the BBC Introducing show on BBC Radio Scotland, sharing her knowledge of bands breaking through and making waves.

With her passion for new music and music festivals, Arielle seeds most of her summers hot footing it around the UK’s biggest festivals including live hosting at Glastonbury and Bestival, BST to name but a few.

For two years Arielle was lead anchor on 4Music fronting shows ‘Would you rather…?’, ‘Feelgood Friday’ and ‘Boxplus Live’.

She was also the main presenter on the Sky Channel Popgirl TV, presenting the latest showbiz news, film reviews and celebrity interviews.

Grazia Daily chose her to co-host their Ladygeek TV series and her knowledge of gadgets saw her become the face of O2 Guru’s TV for O2 online.

Arielle can also be found on the decks regularly, DJing for the likes of Emporio Armani, Bafta and Vogue Fashion Night Out.

Wanted to send you a message to say thank you to you and Arielle for working with us on the campaign. Arielle and her team have been a dream to work with, we have been very grateful for your flexibility and Arielle's natural ability for weaving in all key messaging into interviews and how natural her social content is.

How to book Arielle Free for your event