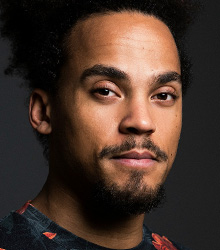 Book Dev
add to shortlist
About

Dev began his career in TV when he and a childhood friend piloted for a new kids show as a bit of fun. After landing the job, Dev was watched by millions every Sunday morning on BBC2 show ‘Smile’ as a presenter and DJ alongside Reggie Yates and Fearne Cotton. His popularity was undeniable and it wasn’t long before he was approached by new BBC digital station 1Xtra, which soon led to him landing his own Saturday show. The station enabled him to share his huge passion for music with his listeners, and the rest is history.

Whilst juggling his radio show and DJing, Dev also found time to write and star in CBBC’s comedy series ‘The Crust’ with Reggie Yates. Dev was keen to throw himself in to his new found love for radio and decided to make the tough decision to step away from TV and focus on his radio career. The decision soon paid off and after a short sting 1Xtra’s early morning show, the powers that be moved him over to BBC juggernaut station Radio 1. Dev began hosting the Weekend Early Breakfast show but after gaining significant momentum, he was moved to Weekday Early Breakfast; the pre-show to the then Chris Moyles Breakfast show, which was later taken over by Nick Grimshaw. In 2014, he moved back to presenting Weekends, starting with the Weekend Breakfast Show, and can now be heard on weekend afternoons on the ‘Dev and Alice’ show alongside co-host Alice Levine.

As well as his radio career, Dev also managed to complete a music degree and began running his own recording studio in North London. He now produces and remixes for a variety of bands and artists as well as working on his own music, some of which has been played across several National radio stations including Radio 1 and 1Xtra.

DJing is still very much at the heart of his passion. He has performed sets at multiple Radio 1’s Big Weekend’s as well as various venues across the UK and Ibiza.

Dev’s TV career has continued to go from strength to strength having hosted for trademark events such as the BAFTA TV Awards, covering the red carpet and backstage. He has presented a number of documentaries for BBC iPlayer including ‘Can You Live Without Your Phone?’ and ‘The Live Lounge Uncovered’ as well as live streams for BBC3/BBC Sport covering ‘League of Legends’.

In 2017, Dev achieved a lifelong dream of competing on ‘Celebrity MasterChef’, surprising everyone by making it to the Final. His participation reignited a passion for food and he now can be seen regularly hosting BBC1’s ‘Saturday Kitchen’. Dev also took part in the first celebrity series of Channel 4’s ‘SAS: Who Dares Wins’ for Stand Up To Cancer, another challenging experience that saw Dev test himself outside his comfort zone and stretching him beyond his limits.

Dev is certainly not one to turn a challenge down and starred in the 17th series of BBC1’s ‘Strictly Come Dancing’, where he was partnered with Professional dancer Dianne Buswell. Despite never having danced before, Dev was awarded straight 9’s and received a standing ovation from three of the judges in week 3 of the competition, placing him second on the leaderboard.

How to book Dev for your event