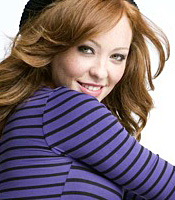 It took another 13 months of hard work and globetrotting, as well as new member Jenny Frost replacing Kerry Katona, before the band released their anthem, the worldwide number 1 smash hit "Whole Again", which topped the UK chart for four amazing weeks.

They followed this huge success with a second number 1, "Eternal Flame", and the number 1 album "Right Now". Whole Again went straight into the German charts at number 1 and stayed there for an incredible six weeks, and went on to chart at number 1 in sixteen countries establishing the girls as a truly great global talent.

Their second album "Feels So Good" continued where "Right Now" left off delivering another worldwide number 1 with the "Tide Is High", and going on to sell more than a million and a half copies, and spawning further top-three singles "The Last Goodbye" and dancefloor smash "Be With You". The Kittens also became the face of MTV Asia for a full 12 months and began collecting the first of many international music awards and nominations. The band also had their own Corvette sports car and UK touring racing team!

The Kittens released the first single from their third album, the fantastic "If You Come To Me", in September 2003, which gave them another top three single. They followed this with the tripple-platinum selling "Ladies Night" album, with the title track (on which they duetted with Kool and the Gang themselves) giving the band yet another top 5 single and yet another global smash.

Just ahead of the start of their arena tour in January 2004, the band announced they were taking an extended break and released their Greatest Hits package to conincide with the tour, while the Wembley concert gave the band their first number 1 DVD.

After 5 million albums the rollercoaster rounded the last bend and came to a temporary stop.

In March 2006 she prepared to return to her musical career and began writing and recording her first solo songs. Bringing to mind an early Tina Turner her enormous and impressive vocals are the bedrock of the organic, rootsy dance music with a huge amount of soul which has become her trademark. Her live shows with her fabulous 7 piece band are memorable for the energy and sheer talent on stage.

Her triumphs in TV have been wowing audiences with her rendition of the classic hit 'Son of a Preacher Man' on ITV1's Movie Music Mania, and she had further success on the hit BBC1 show 'Just the Two of Us' in February and March 2006. She made the show her own, and repeated her performance in early 2007.

From there she has returned to what she does best, which is perform live. In 2007 her singing prowess caught the eye (or should we say ear) of one Mr Lionel Richie, who was so impressed, he invited her onto his UK arena tour.

January 2008 saw Tash reunited once again with the Kittens and they recorded and released a version of Cilla Blacks 'Anyone Who Had A Heart'.

How to book Natasha Hamilton for your event