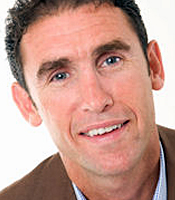 A tough and uncompromising centre back from Oxford, Martin Keown played for local sides as a boy, before joining Arsenal on a schoolboy contract in 1980, though he made his professional debut on loan at Brighton & Hove Albion in 1984. Keown returned to Arsenal to make 22 appearances, before being sold by new Arsenal boss George Graham to Aston Villa in 1987.

Keown played for Villa for three seasons, before moving to Everton in the summer of 1989; at Everton he made his England debut in 1992 against France. With an injury to Mark Wright he was called up into England's squad for Euro '92, and played in all three of England's matches.

In February 1993, Martin was re-signed by his old club, Arsenal, for £2 million. Keown competed with Steve Bould for the second central defence place alongside Tony Adams.

Keown didn't feature in Arsenal's FA Cup and League Cup double of 1993 thanks to being cup-tied, and was only a sub in Arsenal's Cup Winners' Cup win over Parma the following year. However, he became an integral part of Arsène Wenger's double Double winning sides of 1998 and 2002.

His early ascension to the England team under Graham Taylor did not continue under Terry Venables, who ignored him completely. Keown earned a recall from Glenn Hoddle in 1997, and Keown went to the 1998 World Cup, but did not play. Keown became a regular under Kevin Keegan (captaining the side against Finland) and played in two of England's Euro 2000 matches.

By the time Sven-Göran Eriksson became manager, Keown's age was starting to count against him, though he went to the 2002 World Cup, again as a non-playing squad member. In all, he played 43 times for England, scoring two goals.

Martin Keown remained at Arsenal until 2004, winning another Premier League title, before being released on a free transfer. He signed for Leicester City, but left after less than six months (it was rumoured he had fallen out with Leicester boss Micky Adams), and signed for Reading in January 2005 until the end of the season, whereupon he retired from the game. He joined the coaching staff of AFC Newbury in August 2005.

How to book Martin Keown for your event