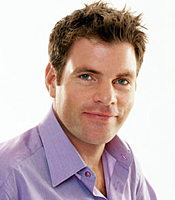 Mark Durden-Smith is one of Britain’s most versatile television and corporate presenters.

In 2015,Mark hosted ITV1’s gameshow Freeze Out. He has presentedITV’s flagshipshowThis Morning, and has been a regular newspaper pundit for ITV’sLorraine. Markalso guest presented for The Breakfast Show (BBC London Radio).

Mark’s writing credits include a regular column for Metro Newspapers as the ‘Voice of O2’ for the England Rugby Team at the Rugby World Cup.

Mark is one of the most experienced corporate hosts on the circuit.He has hosted a huge variety of events with great success. His charisma, enthusiasm and competence as host and facilitator have impressed and delighted corporate clients, many of whom continue to invite him back year after year.

How to book Mark Durden-Smith for your event