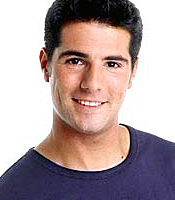 As a child, Craig Doyle's ambition was to be a veterinarian. However, he eventually ended up studying Sociology and History at St. Patrick's College, Maynooth. This was followed by postgraduate studies at the London College of Printing, where he earned a diploma in Broadcast Journalism.

After graduation, Craig worked on local radio with BBC Radio Suffolk based in Ipswich, before moving on to ITV to present the children's show Disney Club having been head hunted following a chance meeting with a producer from the show at a visit to Alton Towers.

Moving to London, he presented Tomorrow's World, Fasten Your Seatbelt, Innovation Nation and spent six years hosting BBC1's popular Holiday programme. He also had a live music show on London's Capital Radio, every Saturday from 8am - 11am.

Craig Doyle was a key member of the BBC Sport team from 2004, anchoring International Rugby including the Six Nations Championship, and triathlon, amongst other sports. In 2013 Craig joined the newly launched BT Sport as their lead rugby presenter covering the Premiership, European Champions Cup as well as presenting a weekly magazine show, and Craig has been one of the lead presenters on BT’s Moto GP.

In 2004, he formed his own production company and its first production was The Craig Doyle Show, an Irish travel/celebrity program running on RTE, and Craig produced and presented Ireland's Richest.

An experienced and popular corporate host, Craig has hosted a large number of award presentations, corporate dinners and brand events. In his spare time Craig is a dedicated triathlete – regularly competing to a high level – and he has long standing love of Rugby and still plays for a team where possible. Craig is also a keen cook and has as a great knowledge of food and wine. Craig is married with 4 children.

How to book Craig Doyle for your event