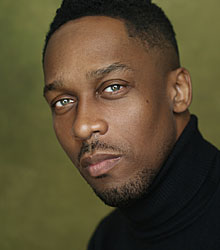 Book Lemar
add to shortlist
About

There can be few artists who manage to appear in a movie and bag a Brit Award for 'Best Urban Artist' - all in the same year. However, it's Lemar's ability to do just that that makes the singer such a unique presence in the UK music scene.

Lemar has got the nod from some other American stars as well. It was the Neptunes who presented Lemar with his Brit Award, whilst Justin Timberlake asked Lemar to support him for four of his Earls Court dates in 2004.

Meanwhile, the rapper Cassidy appears on a remix of 'If There's Any Justice' which in turn has been produced by legendary New York DJ/producer Ron G (B2K, Michael Jackson, Mary J Blige, Fat Joe).

How to book Lemar for your event