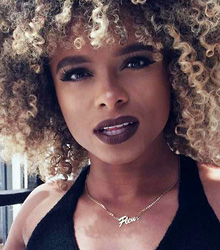 London born Singer, songwriter, dancer and model Fleur East, was one of the breakout stars from The X Factor 2014. She was the runner up of the series and became the show’s first ever contestant to reach number one in the UK iTunes Store chart during the competition with her performance of Uptown Funk.

The following year she signed to Simon Cowell’s record label Syco Music and released the album, Love, Sax and Flashbacks. The lead single of the album, Sax, was released in November that year and reached number three in the UK charts. spending seven weeks in the Top 10.

Fleur is available for private and corporate events either for live vocal performances or celebrity DJ sets.

Fleur and team were fantastic to deal with and blew us away on stage.

How to book Fleur East for your event