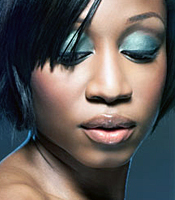 Wolverhampton born Beverley Knight entered the gospel choir of her local church at the age of just four years old and eventually became the musical director before she left in her late teens.

At the age of nineteen, Beverley was heard singing jingles on her local radio station by a record company executive and was offered a recording contract. She was adamant that her education should come first and that she should have something to fall back on, and so went to university to study Religious Theology and Philosophy.

In late 1994, Beverley Knight signed a record deal with Dome Records – a small, independent label that was home to artists such as Lulu and Hil St Soul and she released her debut album, B-Funk, in 1995, with critics hailing it as "the best British soul album ever". Her success was continually reflected in her subsequent albums with many of them receiving a Gold sales certificate.

In 2005, Beverley was given the opportunity to present her own radio show, Beverley's Gospel Nights, a BBC Radio 2 series exploring gospel music. Featuring interviews with artists, the six-part series explored the roots of gospel music and the impact it had upon the black community. Such was the success of the show that a second six-part series was commissioned and began in March 2006. Knight's interview technique and her ability to get her guests to open up and discuss issues in their personal lives such as domestic violence and depression received favourable reviews.

Having been recording music for over 15 years, Beverley's career has already seen her win 3 Mobo awards, a Lifetime Achievement Award at the Urban Music Awards as well as being made an MBE by Queen Elizabeth II in recognition of her charitable work and the contribution to British music.

How to book Beverley Knight MBE for your event