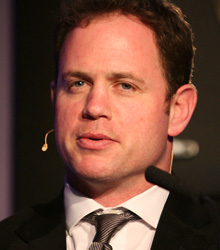 Born in Ireland in 1974, Kyran Bracken spent his early years in Liverpool, and at 13 years old he earned a rugby scholarship to Stonyhurst School in Lancashire, where fellow 2003 Rugby World Cup winners Will Greenwood and Iain Balshaw also studied.

After gaining three A-levels Kyran studied Law at Bristol University, turning down an offer from Oxford University in the process. Working hard and playing hard, he achieved a 2.1 and was offered a place at Bristol Law School. He then commenced work as a trainee solicitor whilst playing rugby for Bristol RFC. With the game turning professional it wasn't long before Kyran was snapped up in 1996 by the star-studded Saracens in Watford. He captained the club for two seasons and his contribution to English rugby has been immense.

World Cup winner Kyran made his debut for England against the All Blacks in 1993 sustaining a nasty ankle injury following a stamp from Jamie Joseph. The severity of the injury sidelined Kyran for three months. However, he showed his determination and ability to triumph in the face of adversity by fighting his way back to full fitness and back into the England team.

He had a very successful international career winning 51 caps and had the privilege of captaining England for three Tests. In 2003 he triumphed in the world cup and along with the rest of the squad, he was honoured by HM The Queen and is now an MBE.

In 2007 Kyran Bracken swapped in boots for skates on the hugely popular ITV show, Dancing on Ice. He was crowned Dancing on Ice Champion along with his partner Mel Lambert after an audience of 10 million watched him defeat actress Clare Buckfield live on ITV1. Before this amazing win, Kyran had never skated before, save for one bruising outing as an 11 year old.

With his enormously successful rugby career behind him, ice skating presented Kyran with a fantastic opportunity. An opportunity to have a focus, a training regime with a quantifiable goal, the fun that goes with being part of team and performing for the public.

Keynote Speaking
A well-educated man, and having studied law at university, Kyran has a great understanding of rugby and what businesses can learn from rugby and sport in general.

Having battled for the starting scrum half slot with Matt Dawson through his career, Kyran’s story is very much about competition in addition to overcoming adversity, as in his first cap against the All Blacks when he was cruelly stamped on suffering a nasty injury.

He then went on to have major back troubles, but always fought back. There were times during the world cup that he wasn't even able to bend over to do up his boots before a game. His story is one of mental toughness, perseverance and focus.

Additionally, Kyran’s experience running his own business, a touring skating show, means that he is an ideal choice to speak on managing change, retraining and goal setting.

Tackling Mental Health
In this candid and no-holds-barred speech, Rugby World Cup Winner Kyran Bracken opens up on his personal struggles with mental health. Having dealt with his issues privately, this is now a topic that he’s happy to speak about publicly.

All through Kyran’s rugby career he struggled immensely with OCD and anxiety. He wasn’t able to sleep, suffered bouts of nausea, along with adrenaline rushes. Things came to a serious head when he became hooked on sleeping tablets.

On occasion, Kyran would only manage to get a few minutes sleep before an international match. The OCD became a major obstacle in everyday life having bed time rituals that meant he couldn’t focus on the important matters of family life and his sporting career.

“Every year I was in a fight for mental and physical health, on top of fighting for form. I felt embarrassed and isolated.” Commented Kyran. Through the Rugby Players Association, he was fortunate enough to get help when he opened up to a sports psychologist and then a psychiatrist.

Through 1-1 sessions, medication and Cognitive Behavioural Therapy, Kyran managed to control the anxiety and quell the OCD. He is now on a mission to spread the message to those out there who suffer with their mental health, that help really is out there and share the power of Mindfulness and CBT.’

After Dinner Speaking
Not only is Kyran Bracken a great fit for focused keynote business speaking, he also has a fantastic array of anecdotes and entertaining stories for more relaxed after dinner speaking opportunities.

Thanks to his timing, sharp wit and ability to laugh at himself, Kyran makes a great after dinner speaker that doesn’t only appeal to sport fans, but everyone, male and female, young and old(er).

Kyran Bracken was a most personable and entertaining speaker who involved himself fully in the day. We have had nothing but positive and complimentary feedback from our event attendees.

Kyran Bracken delivered a very memorable after lunch talk. He was confident on stage, very entertaining and hit all the right buttons. He was equally engaging in the Q&A section.

Kyran delivered just what we wanted. He put the panel at ease and probed them well to dig out the stories that our guests wanted to hear. He was professional and entertaining. A nice guy and easy to work with.

Clients often ask about purchasing books for giveaways and delegate packs. Below you’ll find a selection of products by Kyran Bracken MBE. Click the images to view on Amazon's website. For bulk orders, please speak with your Booking Agent.

How to book Kyran Bracken MBE for your event