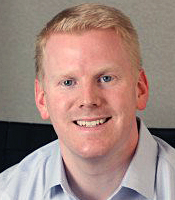 Kevin Colleran began his career at Facebook in early 2005 as one of its first seven employees and the very first advertising sales person. At that time, Facebook (known as TheFacebook) was a small, US based English language website comprised of less than 1 million college students.

Working from Facebook's East Coast Headquarters (Colleran's 1 bedroom apartment in NYC), Kevin focused on building Facebook's first advertising partnerships while helping to establish social media as an essential component of every brand's marketing strategy. He spent more than six-and-a-half years at Facebook becoming the most tenured employee other than Founder and CEO Mark Zuckerberg.

During his career at Facebook, Kevin Colleran led some of the company's largest advertising partnerships with brands like Procter & Gamble, Johnson & Johnson, and Coca Cola. Sean Parker, Facebook's Founding President, called Kevin “one of the best hires I ever made”. As Facebook's first and longest serving East Coast employee, he was named one of New York's “100 Coolest Tech People” by Business Insider in 2010. Kevin Colleran currently writes the weekly column “The Accelerators” for The Wall Street Journal's website along with several other startup gurus, in which they address entrepreneurship and venture capital.

Most recently, Kevin Colleran joined a venture capital firm as partner. In this role, he focuses on mentoring young entrepreneurs in early stage investments. He is a board member of several companies in the social media space, including Buddy Media, a Facebook brand platform, and Facebook Causes, one of the largest applications on Facebook, which focuses on generating awareness and donations for over 240,000 causes and nonprofits in the United States. He is also a co-owner of a successful angel investment fund and serves as an advisory board member and investor at several companies including: Path, Zuckerberg Media, Brit+Co, Social Radar, Betable, Tumblr and Pinterest.

Kevin Colleran's various internet 1.0 companies included StartingPage.com, LiveService.com, and PhotoMasterpieces. While at college in Boston, Kevin co-Founded BlabberForce Enterprises, a company that recruited student entrepreneurs on college campuses (called ‘Blabbermouths') and gave them the tools to start their own grassroots marketing companies on their own campuses. After college, he worked as a consultant with BMG Music in New York where he launched a music sponsorship company that focused on artists signed to the Arista and RCA record labels.

An engaging storyteller with an infectious sense of humour, Kevin Colleran offers an enlightening presentation on sales, marketing, and branding in the digital age. He also shares many stories about the early days of Facebook, dispelling many of the myths created by the blockbuster movie The Social Network.

Kevin Colleran’s speech topics include:
• Join the Conversation Because It's Going on Without You: Building an Authentic Brand
• Company Culture & Workplace Cultivation: Protecting Your Company's Most Important Asset
• The Eyes Have It: Brand Strategy in the Digital Age
• Lessons from Facebook: Leading a Life of Purpose & Possibility

Kevin Colleran attended and presented at several meetings with our entire marketing team and became the "face of Facebook" for us. The feedback from every level of the marketing organization was positive and gave us more positive internal traction around how social media would play into all future marketing strategies and plans. Kevin has a keen ability to connect with a diverse audience. He knows how to "teach" the fundamentals that include everything from how to run an ad yourself, to gaining insights as to how the target consumer connects with not only your brand, but other brands that influence them as well."

Kevin Colleran truly wowed his audience with his talk. Kevin exceeded all expectations and truly impressed his audience. Many people came to me after the event to say they were so impressed by how “in-touch” Kevin is. Kevin brings insights backed up with lots of data and his style is very engaging. Thank you Kevin for taking the time to invest in us and congratulations on a job well done!

How to book Kevin Colleran for your event