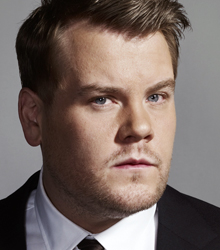 BAFTA award-winning actor James Cordon is best known as the co-creator and star of BBC's Gavin & Stacey, for which he won Best Male Comedy Newcomer and the programme won Best New British Television Comedy at the 2007 British Comedy Awards.

Following an early acting career in London's West End where he spent eight years in the musical Martin Guerre, James Corden earned himself a brief stint in Channel 4's teen soap Hollyoaks. Following this he starred in the television series Fat Friends where he met Gavin & Stacy co-writer Ruth Jones. He also played the role of Timms in the original London stage production of Alan Bennett's play The History Boys, as well as in the Broadway, Sydney, Wellington and Hong Kong productions and radio and film versions of the play.

James Corden guest hosted Big Brother's Big Mouth with his Gavin & Stacey co-star Mathew Horne in August 2007. He appeared in the film of Toby Young's autobiography How to Lose Friends & Alienate People and two series of Gavin & Stacey. In February 2008 he shot a BBC pilot, Hey, Hey, We're The Monks. He collaborated with Mathew Horne on a sketch show named Horne & Corden, a “traditional comedy” show in the style of Morecambe and Wise.

In February 2009, he co-presented the Brit Awards with Mathew Horne and Kylie Minogue. And in March 2009, he famously appeared in a sketch for Comic Relief giving the England football team a motivational talk. In March 2010, James Corden began hosting the Sky One comedy/sports panel show A League of Their Own alongside team captains Andrew Flintoff and Jamie Redknapp. In March 2010, he presented Sport Relief 2010 alongside Davina McCall and others and contributed a "sequel" to the 2009 England football team sketch this time giving a motivational talk to various sport stars including Jenson Button and David Beckham.

Returning to the stage, James has won numerous awards and scored critical acclaim on both sides of the Atlantic for his comic performance in the National Theatre's smash hit One Man, Two Governors.

James Cordon is an ideal award ceremony host and has hosted the 2008 NME Awards, Brit Awards, WOS Awards and Glamour Woman of The Year, to name just a few.

In 2015, he was awarded the OBE for services to drama.

He hosts The Late Late Show in the USA for CBS, where he currently resides.

Clients often ask about purchasing books for giveaways and delegate packs. Below you’ll find a selection of products by James Corden OBE. Click the images to view on Amazon's website. For bulk orders, please speak with your Booking Agent.

How to book James Corden OBE for your event