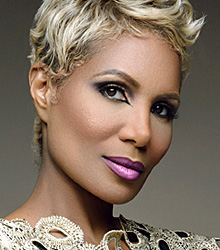 The Five Star story began in 1983 when the children of reggae musician Buster Pearson decided to form their own pop group. From Romford, Essex, sisters Doris, Lorraine and Deniece Pearson decided to perform together, but their mother Delores suggested that their two brothers Stedman and Delroy joined in.

Initially their father Buster, a former session musician with Otis Redding and Wilson Pickett, was not keen for his children to work in the music business. However, after seeing them perform, Buster changed his mind, created a new record company for his children called Tent Records, with himself as their manager.

With all five Pearson siblings in the group, the name ‘Five Star’ was chosen not just about about the number of members but to represent high quality.

Having signed to RCA Records in the UK, their debut album, Luxury Of Life reached number 12 in the UK, spending 70 weeks on the chart, and selling over 300,000 copies, earning Five Star a platinum disc. Singles, All Fall Down and Let Me Be The One, became worldwide hits, whilst System Addict became their first UK top ten hit.

Follow up album, Silk and Steel, became a UK number one album and was awarded quadruple platinum status. Top ten singles from this album included; ‘Can’t Wait Another Minute’, ‘Find The Time’, ‘Rain Or Shine’, ‘Stay Out Of My Life’ and ‘The Slightest Touch’. Between 1985 and 1988, Five Star had four top 20 albums and 15 Top 40 singles in the UK.

Five Star became the youngest group ever to top the British charts, and also the first black group to top the UK charts. In 1987 Five Star, were named “Best British Group” by the BPI (British Phonographic Industry) the British equivalent to the American Grammys.

The group’s two UK arena tours became sell outs, with Five Star’s energetic choreography and fully live performances impressing audiences and critics alike. However, despite only touring the UK, Five Star have sold over 10 million records around the world.

Six more studio albums followed, showcasing the group’s own song-writing and production talents and setting Five Star up as the UK’s most talented family group. In total, Five Star have had 32 top 100 hits via their own Tent Records label.

After a break of several years, Five Star began performing live across the UK at huge 80s events such as Here and Now, Rewind and Let’s Rock. With individual members based across the globe, the group have been reunited on stage, much to the delight of their millions of fans.

Five Star continue to record new material and perform their energetic and entertaining live show across the UK and beyond.

Clients often ask about purchasing books for giveaways and delegate packs. Below you’ll find a selection of products by Five Star. Click the images to view on Amazon's website. For bulk orders, please speak with your Booking Agent.

How to book Five Star for your event