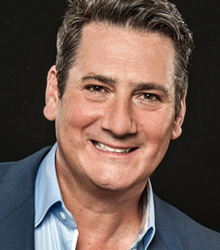 There are very few singers existing today that have the depth and individual character within their voice that enables the listener to immediately identify the artist. Tony Hadley, the former lead singer with Spandau Ballet is undoubtedly one of those singers.

He is of course known firstly for his work during the 1980's with the group that shot to fame, Spandau Ballet and also for his solo work both as a writer and singer throughout the 1990's and into 2000.

Spandau Ballet will be remembered for their unique sound, great songs, their ability to change musically and of course last but not least their rather interesting fashion sense i.e. New Romantics. I think most people would also agree that a major part of that Spandau Ballet sound undoubtedly came from the unique vocal style of Tony Hadley's voice.

After the dissolve of Spandau Ballet in 1990, Tony eventually embarked on solo career signing to EMI records & recording his first album The State of Play. After leaving EMI Tony formed his own record company and his first release was to be the much acclaimed single Build Me up from the film When Saturday Comes. Shortly after that, in December 1996, Tony embarked on an orchestral tour of Europe along with Joe Cocker, Paul Michiels, Dani Klein and Guo Yue, playing to 500,000 people in 6 weeks.

Tony Hadley is a vocalist and performer geared towards and excited by his future. It's a career that has now spanned over three decades and despite numerous ups and downs (that he assures makes him a stronger person) it is a remarkable achievement to have survived and carved a formidable name for himself, not only as a singer whose voice seems to be getting stronger, but as a writer and consummate concert performer.

Tony was fantastic!! Great voice, well known songs that people could sing along too and the crowd loved it.

Clients often ask about purchasing books for giveaways and delegate packs. Below you’ll find a selection of products by Tony Hadley. Click the images to view on Amazon's website. For bulk orders, please speak with your Booking Agent.

How to book Tony Hadley for your event