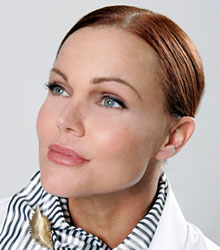 Belinda Carlisle was one of the biggest solo stars of the 80s and lead singer of the legendary Go Go's. She is one of the most recognisable voices and faces of the decade and continues to be prolific in touring as a solo artist and with the band.

She appeared in the US hit TV phenomenon 'Dancing With The Stars' and in 2010 did a 3 month stint performing as Velma Von Tussle alongside Phill Jupitus as one of the lead characters in 'Hairspray' in London's West End.

How to book Belinda Carlisle for your event