Book Emma B add to shortlist 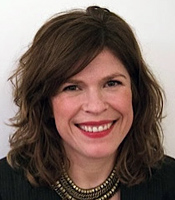 Book Emma B
add to shortlist
About

During her time at Radio 1, Emma has proven herself to be one of the station's most talented and versatile presenters. As first choice to stand in for Steve Lamacq, Chris Moyles and Mark and Lard, she's just as comfortable on Radio 1 daytime as she is fronting specialist music programmes in the evening.

Her music credentials are impeccable, with stints at both Island and Creation Records under her belt. She's often asked to appear as a music correspondent on both television and radio, most recently for GMTV, Radio 2, Late Night Live and CBBC.

Her work on the Sunday Surgery has revealed her ability to deal with a wide range of social issues, leading to her fronting documentaries on hard-hitting issues such as student poverty and the legalisation of cannabis.

Emma has also established herself as a brilliant live host, a skill perfected during 6 weeks on the road with Radio 1 and hosting music industry awards ceremonies.

How to book Emma B for your event