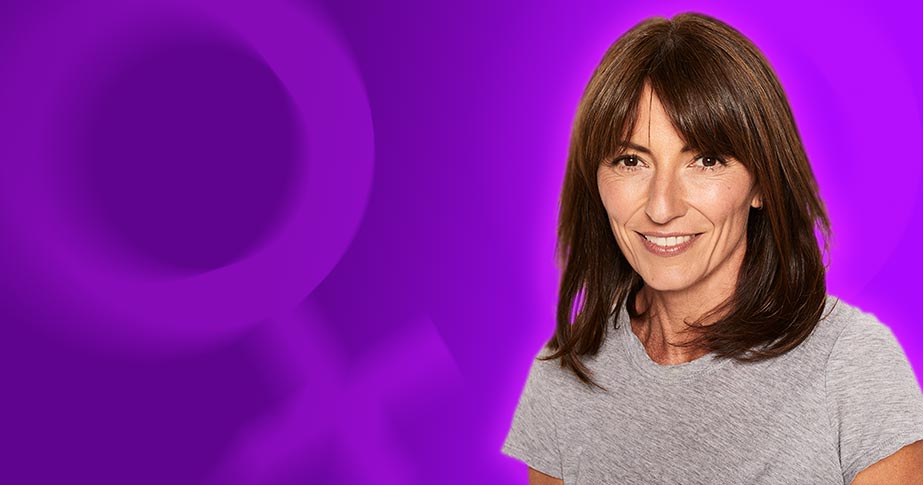 At NMP Live, we work with speakers raising awareness of the menopause and the support options available for improving health and wellbeing. This year, the theme for World Menopause Day is bone health, with particular focus on educating and promoting the changes in bone strength as the body experiences the menopause.

Research from the independent Nuffield Health group has indicated that one in four women experiencing the menopause will suffer severe debilitating symptoms, including depression and anxiety. These symptoms, among others, cause a reported 10% of women to leave work because they feel unable to cope.

In the workplace, statistics show that 72% of women feel unsupported, with 9 out of 10 women saying they feel unable to talk to their managers about what they’re experiencing. Two-thirds of women also cite the general lack of support and understanding as triggering their decision to leave.

At a time when the subject of women’s health is so prevalent, workplaces are a crucial part of the chain of support to ensure positive change. Only by engaging with the matter and speaking openly, can employers help to generate the necessary change to these statistics.

Promote positive conversation this World Menopause Awareness Day with one of our empowering speakers.

One of the best-known faces on UK television for more than twenty years, Davina McCall first opened up in 2021 about her experience dealing with perimenopause and the menopause.

What started as a one-off documentary launched Davina into one of today’s most sought-after speakers on the subject of menopause and its effect on women’s lives, speaking candidly on night sweats, hot flushes and hormone therapy.

Through re-telling her own experience, Davina is a candid speaker on how the menopause impacts on careers, personal relationships and mental health. A knowledgeable and relatable voice, Davina is expert at speaking on how businesses can help break the taboo of talking candidly about an issue 54.4% of the workforce inevitably face.

Louise Minchin is a journalist, former news anchor and triathlete.

Following her departure from BBC Breakfast, Louise fronted her own documentary on the menopause where she detailed her experience in seeking to better understand and educate herself on the physical, emotional and mental changes menopause brings.

Praised for her transparency on the importance of speaking out, Louise is an advocate for removing the stigma surrounding menopause both in the workplace and society.

As well as advice on how to combat the changes that menopause brings, Louise is adept at speaking from first-hand experience on how companies can foster a culture of inclusion. In sharing how she introduced the ‘Louise’ air-con setting for the newsroom, Louise highlights the importance of raising awareness to elicit understanding and support from male employers and colleagues.

Five years ago, Lorraine Kelly set out to use her daytime TV show to discuss the experience of menopause by interviewing a female celebrity about their experience. Everyone she approached refused, so Lorraine made the story her own, enlisting the help of Dr Hilary Jones to interview her and detail her own personal story.

In the interview, Lorraine shared how she had felt “flat and joyless” despite leading a life she was happy with. Following a consultation with Dr Jones, Lorraine learnt that she did not have depression as suspected, but was experiencing menopausal symptoms. A symptom many women report as causing their perimenopause to be misdiagnosed.

For the first time on daytime television, the conversation of how debilitating the symptoms of menopause can be were discussed, raising awareness of treatments such as hormone replacement therapy and helping break a longstanding taboo.

Kate Muir is a journalist, producer and author. Her work as a menopause activist has seen her produce the Channel 4 documentary, ‘Sex, Myths and Menopause’ and write ‘Everything You Need to Know About the Menopause (but were too afraid to ask).’

Through her work, Kate details the struggle women face trying to find the right information about their symptoms and the truth about how limited healthcare professionals knowledge is of up-to-date treatments. Kate’s work is often cited as a necessary manifesto for change, a social, cultural and scientific exploration on a subject that will affect one billion of us by 2025.

In hearing Kate speak, we can all gain an understanding of the urgent call for equality in healthcare and an entirely new approach to women’s health.

Through her broad range of work, Cally looks at how businesses can collectively eliminate bias and remove obstacles in women’s career paths. Describing much of her career as being spent in male-dominated spaces, Cally is an advocate for calling out equality and helping people understand that the rise of women is not about the fall of men.

Addressing the difficult conversations around gender at work, Cally speaks on how to become an upstander not a bystander, getting comfortable being uncomfortable and how to create inclusive mindsets and tangible actions.

Dr Hilary Jones is one Britain’s most recognisable doctors, having spent more than 30 years as a GP and medical broadcaster, he has regularly appeared on some of ITV’s most popular daytime shows.

A refreshing ally for promoting widespread education on women’s health issues, Dr Jones has facilitated some of the most public conversations on menopause in recent years.

In his frank and informative book, ‘A Change for the Better: How to survive - and thrive - during the menopause’, Dr Jones examines and explains the physical and mental changes incurred by the menopause. Whilst Dr Jones finds himself in the minority as a male speaker on the menopause, his place as part of the conversation has helped illustrate the importance of men’s involvement to better promote understanding and support.

In 2018, Andrea revealed that she started experiencing menopausal symptoms at the age of 37 following a hysterectomy. Initially reluctant to speak on the subject, Andrea used her platform on Loose Women to share her experience with premature menopause and the mental strain it took on her.

Despite her initial hesitation, Andrea revealed that following her admission, “within 24 hours, 10,000 women got in touch wanting to know more information.”

Inspired by the public call for more information, Andrea wrote ‘Confessions of a Menopausal Woman: Everything you want to know but are too afraid to ask…’ Whilst grappling with the physical aftershock of a hysterectomy and the psychological fallout of a difficult menopause, the book is a candid portrayal of living and thriving with the menopause.

Following her departure as a TV broadcaster in 2020, Andrea’s career is now focused on her passion, motivating personal growth, entrepreneurship and promoting female empowerment.

For more information on our full range of speakers you can visit our website, enquire online, email us or pick up the phone and speak to one of our booking agents.