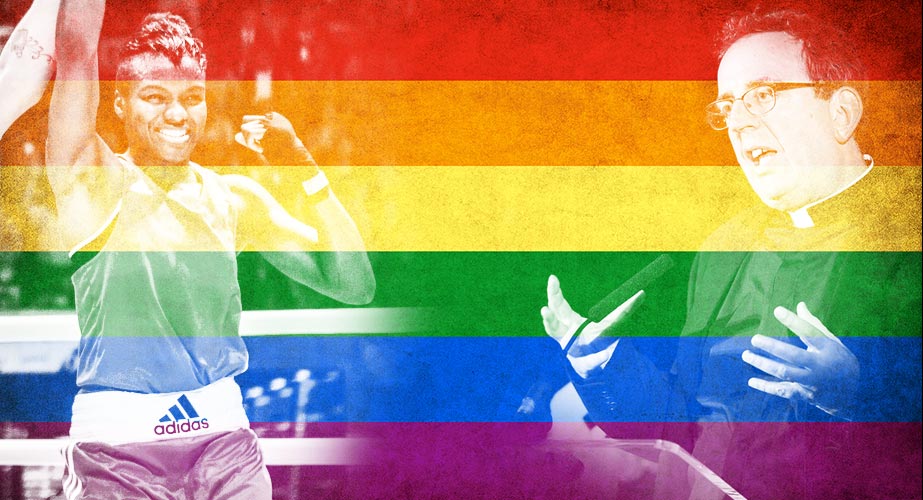 It’s an opportunity to celebrate LGBT+ culture and progress towards more equality and understanding on what the lessons of history can teach us for the future.

This year, our list of inspiring speakers for 2022 are those with stories rooted in challenging stereotypes, those who deny the labels forced upon them by a gender normative society and live their truth at any cost.

These speakers have used their platforms to champion gay rights in religion, sport and the armed forces.

In living their truth and taking ownership of their narrative, these speakers elevate and progress the fight towards equal rights for the LGBT+ community. 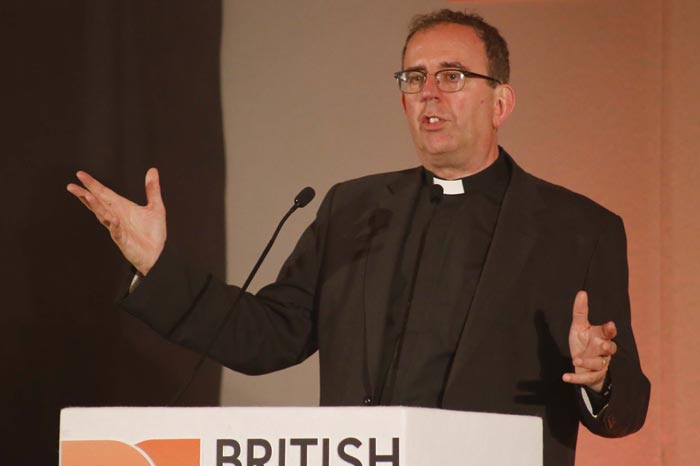 Coming out to his parents at 16 by playing them Tom Robinson’s Glad to Be Gay, Richard Coles struggled with his sexuality and has spoken openly about the mental health crisis he faced. Struggling with the release of tension he felt by being open about his sexuality, Richard was admitted to St Andrews psychiatric hospital after attempting suicide.

He subsequently moved to London to work as a session musician in theatre. In 1983, Richard joined pop group Bronski Beat as a sax player where he met Jimmy Somerville. The following year, Jimmy and Richard left to form The Communards, releasing multiple hits including Don’t Leave Me This Way and Never Can Say Goodbye.

After years of struggling with fame, drugs and grief driven from the HIV epidemic, Richard found himself drawn closer to God. He studied for a theology degree at King’s College, London, before returning to Northamptonshire where he began to consider taking holy orders.

After 10 years as a Roman Catholic, Richard returned to Anglicanism in 2001 and by 2005 was ordained into the Anglican priesthood.

Since 2011 Richard has been a co-presenter of BBC Radio 4’s Saturday Live and a frequent panellist for several shows including ‘Have I Got News For You’ and ‘Would I Lie To You.’

Following the loss of his partner in 2019, Richard also wrote his third memoir and fifth book, The Madness of Grief.

After living through the HIV epidemic, committing his life to faith and using his platform to educate and bring comfort on the process of grief, Richard is a knowledgeable source on LGBT+ issues, ethics, mental health and diversity and inclusion. 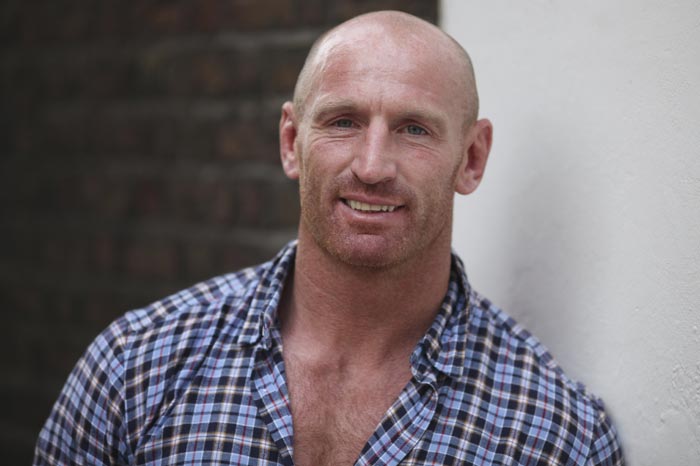 Gareth Thomas is one of the most iconic figures in world rugby.

With over 100 caps for his home country, Gareth was captain of Wales’ Grand Slam-winning team in 2005 and also captained the British & Irish Lions tour of New Zealand that year. In 2010, Gareth made the historic switch to rugby league when he signed for the Crusaders. During his time with the Crusaders, he earned six Rugby League caps before retiring from professional rugby in 2011.

In 2009, Gareth’s personal life hit the headlines when at 35 years old, he revealed to the world that he was gay. The iconic revelation made him the first openly gay high-profile sportsman in the UK.

In 2019, Gareth further inspired the nation when he announced he was living with HIV. Gareth timed the announcement to coincide with his taking part in an Ironman triathlon, beginning his work to break the HIV stigma and drive home one simple message: HIV did not weaken him. He was in control. His life was not over.

Now a regular analyst for ITV Sport’s coverage across multiple Rugby World Cup tournaments and LGBT+ advocate, Gareth is one of the most influential contributors working to end prejudices and stigmas for the LGBT+ community.

As a speaker, Gareth is relatable and inspiring, able to captivate audiences with stories of his extensive career highlights, working to remove stigmas surrounding LGBT+ issues and speaking on the importance of diversity and inclusion in sport. 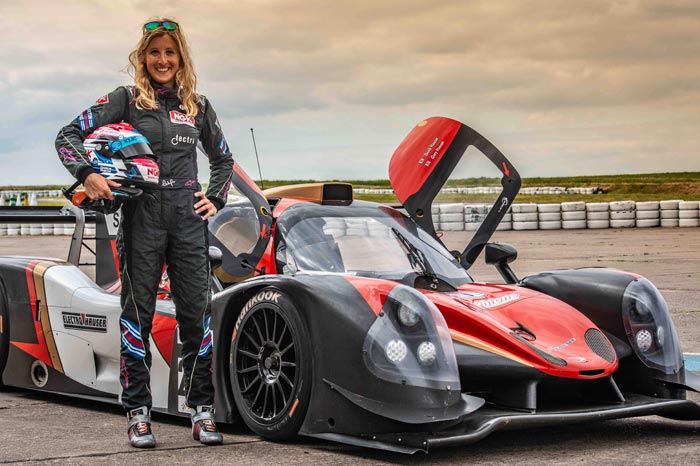 Charlie Martin is a game-changer in motorsport, her inspiring story has captured the attention of people around the world and the shift away from the archetype racer that she provides has proved popular amongst motor racing fans.

She started hill climbing (where drivers go from a start to an endpoint, uphill, in a time trial format) at club level in a Peugeot 205 in 2004. By 2014 she had won her first race in France at St-Gouëno at the wheel of a Westfield SEiW, breaking the class record by 2 seconds.

Identifying as transgender from the age of seven and transitioning midway through her career in 2012. She recorded her entire transition on her YouTube channel, helping to inspire thousands of people all over the world to begin their journey.

In 2018 she returned to the UK after a stint in the United States and began a full season of circuit racing in the Ginetta GT5 Challenge, taking the brave step of coming out as transgender within motorsport on TDOV (Transgender Day of Visibility).

In 2019 she was awarded the Downforce People’s Champion Award which celebrates the achievements of the top racers in Great Britain. Now a Sports Champion for Stonewall (Europe’s largest LGBT+ charity) Charlie is standing out in a sport that lacks visible diversity and in doing so, helping improve LGBT+ visibility and acceptance within the sport she loves.

Now embarking on the ambition of a lifetime, Charlie is planning to make history as the first transgender driver to compete at the 24 Hours of Le Mans, the greatest race in the world.

A regular contributor to print and broadcast media, Charlie is an indelible source for speaking on changing perceptions and championing inclusivity within motorsport and transgender rights across the board. 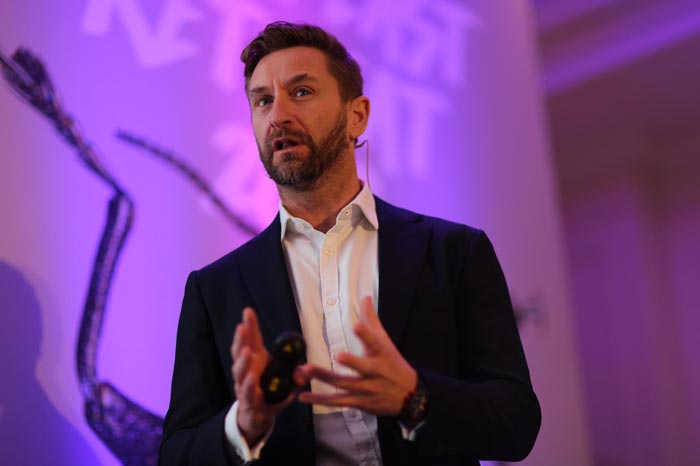 From a young age, Matt Lindley was ambitious and driven. Studying commerce at university before joining Ford Motor Company, Matt was often recognised for his specialist knowledge.

In 1995 Matt’s childhood dream came true when he was selected to join the Royal Air Force. His dream however came at a price. From the start of his career until as recently as 2000, homosexuality was illegal in the British armed forces.

Driven by ambition, Matt chose to suppress the truth about his sexuality in order to fulfil his goal of becoming a Fast Jet Pilot.

During his time with the RAF, Matt was selected to fly Her Majesty the Queen, members of the Royal Family and Government worldwide, serving on The Royal Squadron. Whilst serving, he became a qualified flying instructor and VIP qualified Captain. He also flew missions in the Sierra Leone, Kosovo, Iraq and Afghanistan conflicts.

Inevitably, the secrecy surrounding his sexuality and his existence in an environment that was openly hostile to homosexuality took its toll on Matt’s mental health. Isolated and struggling with hiding his true self to achieve career success, Matt’s professional performance began to falter.

With unmanageable stress levels, Matt’s career progression halted to a stop when he failed his RAF ‘Top Gun’ course.

In 2001, Matt’s worst fears also came true and he was outed by some colleagues. Confiding in his superior officer, whom he credits with helping him accept his true self, Matt was able to finally take ownership of his narrative and be his best self personally and professionally.

Now regarded as one of the first openly gay pilots in the UK Armed Forces, Matt draws on his knowledge of human performance factors and psychology to analyse and speak on the impact of mental health and stress on performance and wellbeing. 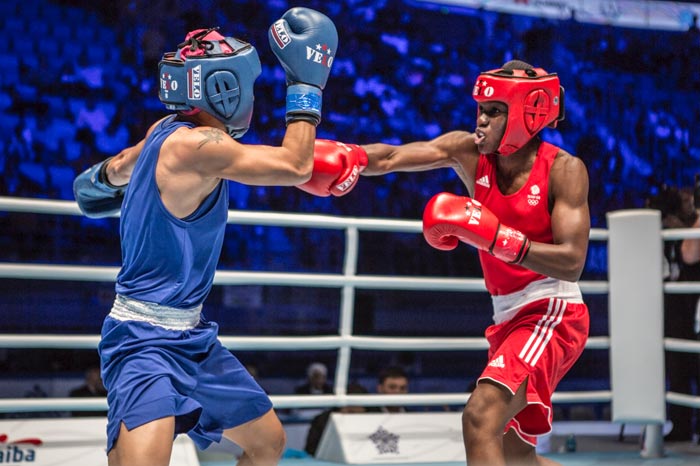 Nicola Adams will be remembered in history for winning the first-ever Olympic Women’s Boxing Gold medal at the London 2012 Olympic games. She is also the most decorated female boxer in Great Britain to date.

Alongside her boxing achievements, Nicola is known for her barrier-breaking work as an athlete, a woman and an LGBT+ person.

Nicola grew up in Leeds in the 1990s, and although she always knew she was queer, she desperately tried to hide it from her family. But at the age of 13, the same year she fought her first bout, she decided that the time had come.

She recalls thinking, “I don’t know what’s going to happen when I tell my mum, is she going to disown me? What is she going to do? Is she going to be fine with it? I just didn’t know what to expect. I felt like I had such a pressure on me, of always having to hide the person I am, that I just couldn’t do it anymore. I just wanted to have the weight just lifted off my shoulders. I just think it’s so hard to pretend to be somebody that you’re not.”

Throughout her career, Nicola has revealed that her start in boxing was hindered by being a woman. She spent years of her career fighting alongside other female boxers, to bring attention to women’s boxing, in the face of a lack of funding and a culture of misogyny.

After her 2012 Olympic victory, Nicola was named the most influential LGBT+ person in Britain by The Independent and received a message that has always stuck with her. Nicola shared, “I spoke to a girl on Twitter, she said she was always afraid of being who she was.” But after seeing Nicola in The Independent’s list, it gave her “the confidence to be able to come out”.

From Olympic glory to appearing as part of the first same-sex couple on Strictly Come Dancing, Nicola’s profile as an LGBT+ sportswoman continues to grow.

An inspirational and powerful illustration of an athlete and champion for the LGBT+ community, Nicola’s experiences make her an authority on peak performance and the mentality required to be a winner.

At NMP Live we are proud to promote a responsibility to cultivate and nurture strong anti-discrimination policies across organisations worldwide to ensure everyone can truly be themselves.

To see our full range of LGBT+ speakers and presenters you can click here.