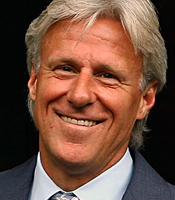 During his relatively brief pro career, Bjorn Borg won 41% of the Grand Slam singles tournaments he entered (11 of 27) and 89.81% (141–16) of the Grand Slam singles matches he played, both of which are open era male records for an entire career. He is one of four players in the open era to win both Wimbledon and the French Open in the same year and the only player to do so for three consecutive years. He also won three year-end championship titles including two Masters Grand Prix titles and one WCT Final title.

With 11 titles, Bjorn Borg ranks fourth in the list of male tennis players who have won the most Grand Slam singles titles behind Roger Federer, Pete Sampras, and Roy Emerson. In 2008, ESPN.com asked tennis analysts, writers, and former players to build the perfect open era player. Borg was the only player mentioned in four categories—defense, footwork, intangibles, and mental toughness—with his mental game and footwork singled-out as the best in open era history.

Bjorn Borg is credited with helping to develop the style of play that has come to dominate the game today.

Clients often ask about purchasing books for giveaways and delegate packs. Below you’ll find a selection of products by Bjorn Borg. Click the images to view on Amazon's website. For bulk orders, please speak with your Booking Agent.

How to book Bjorn Borg for your event