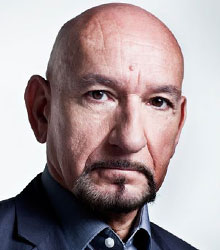 Ben Kingsley has continued to earn honors as a truly international star; earning three additional Oscar nominations for Bugsy, Sexy Beast and House of Sand and Fog. His roles have been as diverse as his talents, from a sturdy vice president in Dave to the scheming Fagin in Oliver Twist. In 1984, Ben was awarded the Padma Sri by Indira Gandhi and the government of India and was knighted by Queen Elizabeth II in the New Year's Eve Honors List 2001.

Most recently, Ben Kingsley was seen in the animated film The Boxtrolls, and the epic film Exodus: Gods and Kings and Night at the Museum: Secret of the Tomb, the third installment in the franchise, where he plays an Egyptian pharaoh on display in the museum who is revived by a magical tablet.

Ben can also be seen in Tut, a six-part miniseries for SpikeTV and is also currently lending his voice to the Disney live-action take on The Jungle Book as “Bagheera,” the stunning black panther.

Sir Ben Kingsley has completed production on six films; The Walk, Autobahn, Selfless, Learning to Drive, Our Robot Overlords and Life. He will also be seen in the upcoming Brooklyn Bridge, opposite Daniel Radcliffe and Brie Larson.
Ben was also seen recently in War Story, which premiered the 2014 Sundance Film Festival. Directed by Mark Jackson the film is about a war photographer who retreats to a small town in Sicily after being held captive in Libya.

In 2013 Sir Ben Kingsley was seen in the blockbuster film Iron Man 3, as “The Mandarin.” The film has grossed over $1 billion worldwide to date. He also starred in Ender's Game and in the independent films Walking With the Enemy, A Common Man, A Birder's Guide to Everything and The Physician.

Steeped in British theatre, Sir Ben Kingsley marked the beginning of his professional acting career with his acceptance by the Royal Shakespeare Company in l967. From roles in A Midsummer Night's Dream, The Tempest, “Brutus” in Julius Caesar and the title roles in Othello and Hamlet, among others, his more recent and diverse stage roles include those in The Country Wife, The Cherry Orchard, A Betrothal and Waiting for Godot.

Ben's film career began in l972 with the thriller Fear Is the Key, but his first major role came a decade later in the epic Gandhi. In 1994 he was nominated for a BAFTA Award for his memorable supporting role as “Itzhak Stern” in Steven Spielberg's seven-time Oscar winner Schindler's List.

Throughout his career spanning over 40 years, Ben Kingsley has remained a coveted and ubiquitous talent.

How to book Sir Ben Kingsley for your event