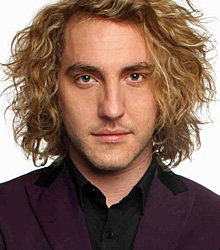 Charming and charismatic, a natural motor-mouth, Brighton's Seann Walsh is the comedic voice of his generation and what that generation is saying, in a lethargic, gruff mumble is ‘Leave me alone, I've got a hangover.' He is, the most frighteningly precocious talent to emerge from the UK comedy circuit in ages.

Within two years of his first comedy performance in 2007, Seann became the winner of the Leicester Mercury Comedian of the Year. Shortly after, other accolades included Chortle Best Breakthrough Act Nominee 2010 and Chortle Best Compere Nominee 2011.

Seann Walsh's assured delivery and self deprecating silliness would enable him to star on BBC1′s Michael McIntyre's Comedy Roadshow and BBC2′s Mock The Week and was listed as one of DAVE's top 10 stand-ups to catch in 2011.

Clients often ask about purchasing books for giveaways and delegate packs. Below you’ll find a selection of products by Seann Walsh. Click the images to view on Amazon's website. For bulk orders, please speak with your Booking Agent.