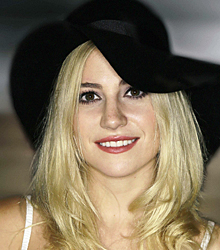 Singer / songwriter Pixie Lott started her professional career in 2006, at the age of 15, when she sang for L.A. Reid, who signed her to Island Def Jam Music Group. After a change of managers Pixie left to sign with Mercury Records in the UK and to Interscope Records in the US Pixie signed a deal as a songwriter with Sony/ATV Music Publishing in 2007, while writing and recording tracks for her first album, and wrote music for other artists too.

She played her first festival concert in the Big Top at the Isle of Wight Festival 2009, during her first full British tour, where she supported The Saturdays on The Work Tour, and has performed at a variety of festivals since.

Pixie Lott's debut single, ‘Mama Do’, was released in June 2009. It spent one week at number one and 11 weeks within the top 40. The single also had considerable success outside the UK, reaching the top 40 in 11 other countries, and was certified silver in August 2009 after selling over 200,000 copies in the UK.

In September 2009, Pixie Lott released her debut album, ‘Turn It Up’. The Double-Platinum album sold over 600,000 copies.

Pixie won two MTV EMA Awards at the MTV Europe Music Awards 2009 and was nominated for 3 awards at the 2010 BRIT Awards.

Pixie has appeared as a guest judge for the auditions for the seventh series of The X Factor, covering for Dannii Minogue, who was on maternity leave.
In 2011, Pixie signed a deal with the renowned Select Model Management.
Her second album, Young Foolish Happy was released in 2011 and includes collaborations with Stevie Wonder and John Legend. ‘All About Tonight’ was released as the album's lead single, which debuted at number one on the UK Singles Chart.

In August 2014, Lott was confirmed as participating on the 12th series of Strictly Come Dancing. Despite topping the leaderboard four times and having the highest average of the series, she was eliminated during the quarter-finals.

From June to September 2016, Pixie Lott starred as Holly Golightly in a limited 12-week season of Breakfast at Tiffany’s in London’s West End.

How to book Pixie Lott for your event