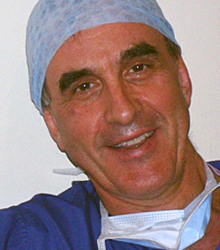 He is a past President of the Royal Society of Medicine, Surgery Section and of the St. Mark's Association. Peter is currently Chairman of the Medical Staff Committee at Northwick Park and Sub-Dean at St. Mark's Hospital. He has also been Honorary Editor of the Royal Society of Medicine and a past Hon. Secretary of the Section of Surgery at the RSM.

As a medical journalist Peter has over 900 opinion columns published in Hospital Doctor, Colorectal Disease, Annals of Royal College Surgeons Bulletin and in The Times, She Magazine and The Geographical Magazine. He also wrote the novel “A Trust in Conflict” (1999) by his alias Dr Slop; “The Oxford Dictionary of Medical Quotations” (2003); a travel book about a long distance journey on horseback “A Ride in Middle England” (2006) and appeared in five half hour TV documentary films, on the same subject, on Sky Channel (Horse and Country). Appearances on Radio 4 include “Quote/Unquote” (6); “Inspirations” (4) and “Word of Mouth” (1), Queensland Radio (ABC) (1988) and Sky TV and BBC2.

Peter McDonald has delivered hundreds of after dinner speeches to a wide variety of corporate dinners, clubs and medical audiences throughout the UK and Europe, and is highly revered for his observational and hilarious take on the inner sanctum of the medical world and today's NHS. His wry look at the profession provokes much laughter, as well as revealing some interesting facts.

Jiblets and Tripe!
Looking at the medical world through the eyes of a gastrointestinal surgeon, Peter McDonald presents his infectiously funny after dinner speech, Jiblets and Tripe!, allowing his audience a highly amusing insight into the serious and not-so-serious side of life as a consultant surgeon in today’s NHS.

Underlined by the themes of ‘Stupidity’ (the administration of health) and ‘Redemption’ (his patients’ fortitude and humour), Peter’s perspective is accurate, hilarious and authentic.

Thank you so much for providing a very entertaining evening last Saturday. The members and guests were thrilled with your address. It was the most amusing address we have had to the Society since I joined more than 10 years ago. All agreed it was an exceptional evening.

How to book Peter McDonald for your event