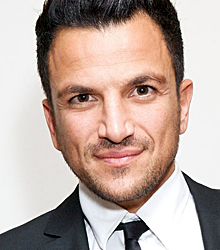 Peter Andre first shot to fame in the UK in 1995 with hit record Mysterious Girl which reached number two in the UK singles chart. He then had a number one album Natural and two UK number one singles Flava and I Feel You.

In 2004 he returned to the media as a contestant on I'm a Celebrity... Get Me Out of Here, during which time he met Katie Price and that same year re-released Mysterious Girl, finally reaching the number one spot. He released a follow-up song, Insania, which reached number three in the UK charts, along with The Long Road Back album released later that month.

In 2008, Peter Andre began working on his new album, Revelation, which was released on 14 September 2009. The first single, Behind Closed Doors, was released in August 2009 and peaked at number 4 in the Official Top 40 Charts.

In 2010 Peter published two books, All About Us - My Story and My World: In Pictures and Words. The same year he sold out his 38 date UK arena tour, Revelations.

Clients often ask about purchasing books for giveaways and delegate packs. Below you’ll find a selection of products by Peter Andre. Click the images to view on Amazon's website. For bulk orders, please speak with your Booking Agent.

How to book Peter Andre for your event